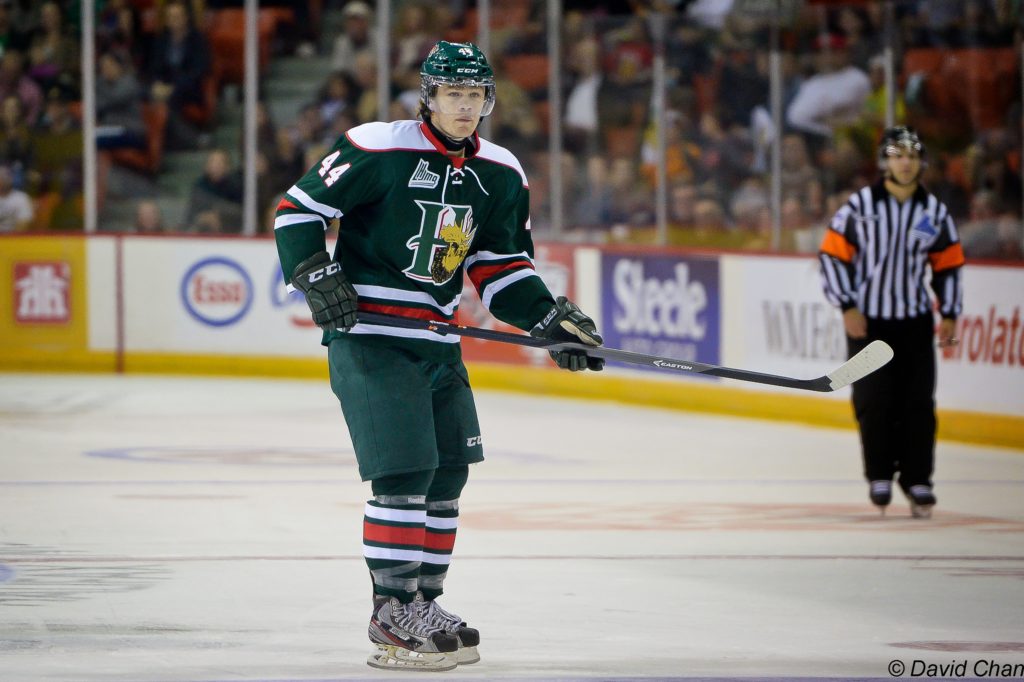 On the final day of the 2012-13 QMJHL trade period Halifax Mooseheads GM Cam Russell made a curious move for a team with its sites set on the league championship. Russell traded an accomplished 19-year-old defenseman for 17-year-old Matt Murphy. The acquisition of Murphy would put four of the top eleven players selected in the talented 2011 QMJHL draft class on the Mooseheads roster.

Murphy turned out to be an excellent addition to a talented defense corps. Coach Dominique Ducharme had no qualms about using talented young players at key times. Murphy and fellow 17-year-olds Nathan MacKinnon, Jonathan Drouin, Zach Fucale and Ryan Falkenham would play key roles in the successful quest for the Memorial Cup.

Matt Murphy would play two full seasons with the Mooseheads before being traded to the Quebec Remparts who were hosting the 2015 Memorial Cup. In 121 regular season games with Halifax he registered 16-47-63 and managed a remarkable +75. Matt Murphy turned out to be a much sought after player for teams trying to win the QMJHL championship. A year after appearing in the Memorial Cup with Quebec he was traded to Saint John who eventually lost in the semi-finals. Murphy would end his QMJHL career having played 75 playoff games in five seasons and appearing in the Memorial Cup twice.

The Fredericton, NB native is currently back home chasing another national championship with the University of New Brunswick Varsity Reds. Matt is pursuing a business degree at his hometown school.