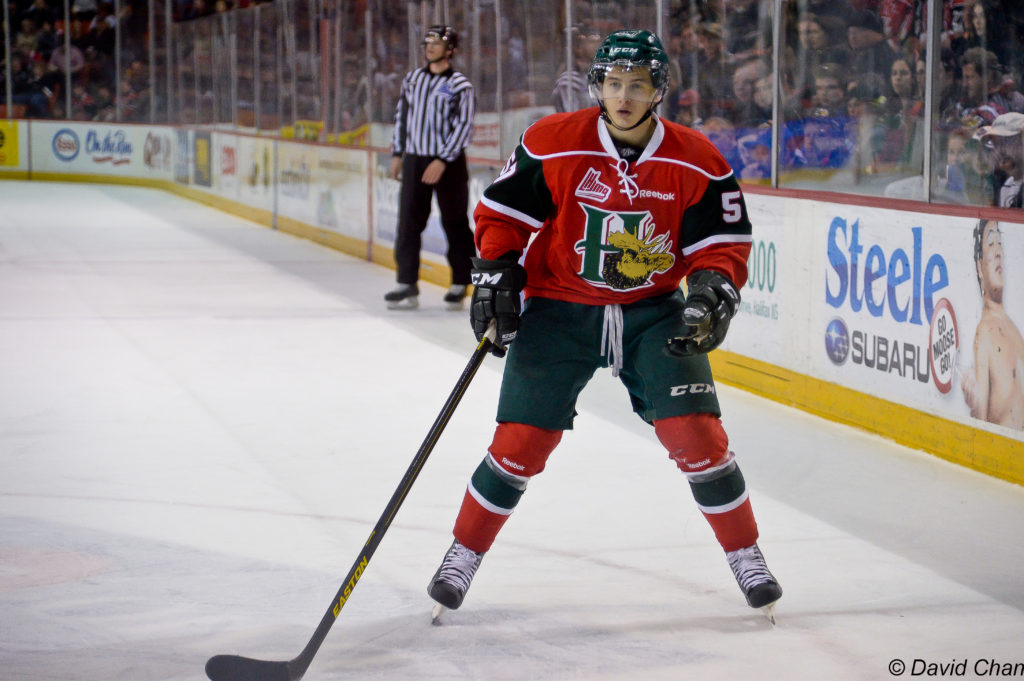 The 2012-13 Halifax Mooseheads tore through the regular season powered by superstars Nathan MacKinnon and Jonathan Drouin.

Matthew Boudreau and his linemates Darcy Ashley and Luca Ciampini were responsible for a huge portion of the team’s success during the championship season. Boudreau’s great shot and playmaking ability helped him manage 36-39-75 totals. He was the club’s fourth leading scorer.

Even as a 16-year-old at his first training camp Boudreau impressed team management as a serious and intelligent young man. After being selected in the third round of the QMJHL draft he made the team at training camp. Boudreau then informed the club he did not think he was ready for major junior and he returned home to play another year of Midget AAA with the St. Eustache Vikings.

Once Boudreau did agree to join the Mooseheads he became an important cog in the team’s offense. A nine-goal rookie season was followed by seasons of 26 and 36 goals.

It is fair, and no sleight to Matthew, to say that on a team loaded with excellent hockey players and serious students Matthew Boudreau was an excellent hockey player. As a teenager his plan was to finish his major junior career and play professional hockey at the highest level he could attain. Post-secondary education was not on the docket.

Boudreau’s plan was unfolding on schedule as he was about to begin the 2014-15 season playing professionally in France. He then realized, as he did as a 16-year-old, that his new team could wait for his considerable talent. Matthew decided to return to Canada, enroll at Concordia University and play college hockey for the Stingers.

Matthew took advantage of the scholarship funding he had secured from the QMJHL and the Halifax Mooseheads and is now in his third year at Concordia. Unlike his time in Halifax hockey now takes a back seat to academics. He studies Human Relations and plans to return to Europe to play pro hockey in two years. At that time he’ll be a more mature athlete and he’ll have a degree from Concordia on his resume.

Matthew Boudreau was one of the most important and underrated players on the 2012-13 Halifax Mooseheads. Looking back on the championship season he notes, “Sometimes I still can’t believe it. It feels like it was just last season.”