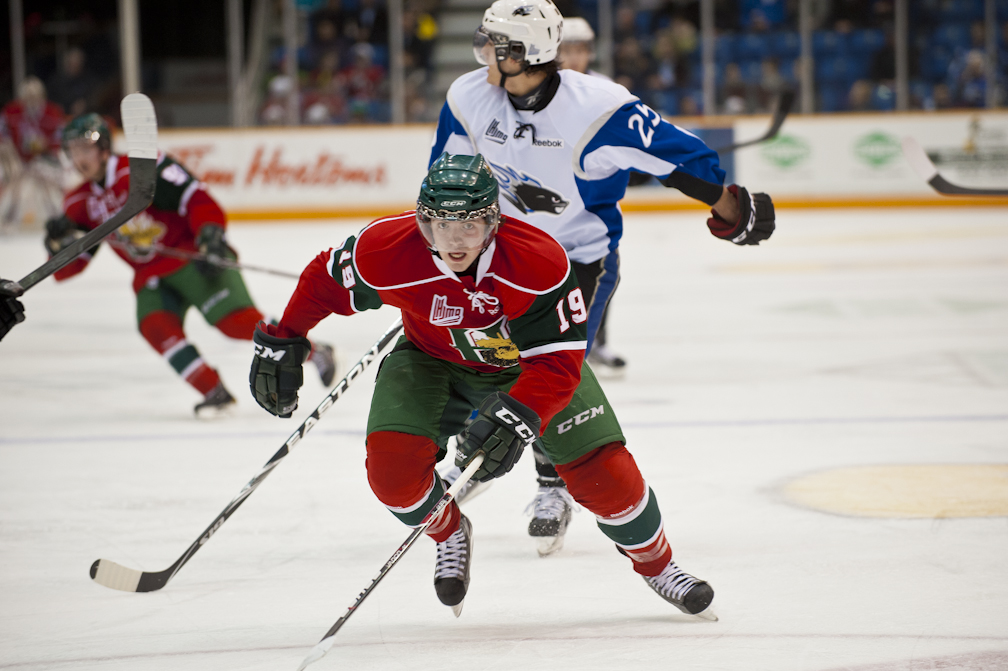 You don’t have to ask a coach which players he trusts at the most crucial moment of a hockey season. The guys he trusts will be on the ice. With the Halifax Mooseheads trying to hold off the surging Portland Winterhawks in the last minute of the Memorial Cup final Coach Dominique Ducharme had 17-year-old Ryan Falkenham on right wing. Ducharme knew his players.

Falkenham gathered in a pass from Austyn Hardie and made a perfect pass to Nathan MacKinnon who scored into the empty Portland net. 6-4. It was over.

GM Cam Russell’s drafting and trading yielded four of the first eleven selections from the 2011 QMJHL draft. Much less heralded was fifth round pick Ryan Falkenham. The Halifax native would leave his mark on the Mooseheads becoming a clutch two-way player who would eventually become team captain.

Unfortunately the story of Ryan Falkenham would become as much a story of “what ifs” as a story of his accomplishments with the team. The season after Ryan helped the Mooseheads secure the Memorial Cup he was diagnosed with a congenital hip problem that would eventually derail his playing career. Falkenham’s first hip surgery ended his 18-year-old season prematurely. He played only 14 games missing the final few months of the regular season and the playoffs. As a 19-year-old Ryan’s other hip became problematic and although he battled through the injury the captain was never 100%. Post-season hip surgery marked the end of Ryan’s playing career.

Mooseheads fans can only wonder if the 2013-14 team that featured the unexpected return of Jonathan Drouin could have captured another league championship if Falkenham had been healthy. Val d’Or won Game 7 in Halifax and went on to capture the league title. And the 2014-15 Nikolai Ehlers-led team could well have defeated Moncton in Game 7 of the quarter-finals to advance to the final four had Falkenham been in top form.

Ryan Falkenham is not a young man to dwell on his adversity. He is now a second year Commerce student at Dalhousie University. Although his playing days are over hockey is still in Ryan’s blood. Dominique Ducharme, now the GM and Head Coach of the Drummondville Voltigeurs, hired Ryan as a scout and advisor to his hockey department. Falkenham, who was deeply influenced by Ducharme, wants to follow in his mentor’s footsteps and become a coach himself. With a degree from Dalhousie he’ll soon be free to decide if coaching will be a hobby or a career for him. Either way, someone of Ryan’s character will be making a mark for himself.