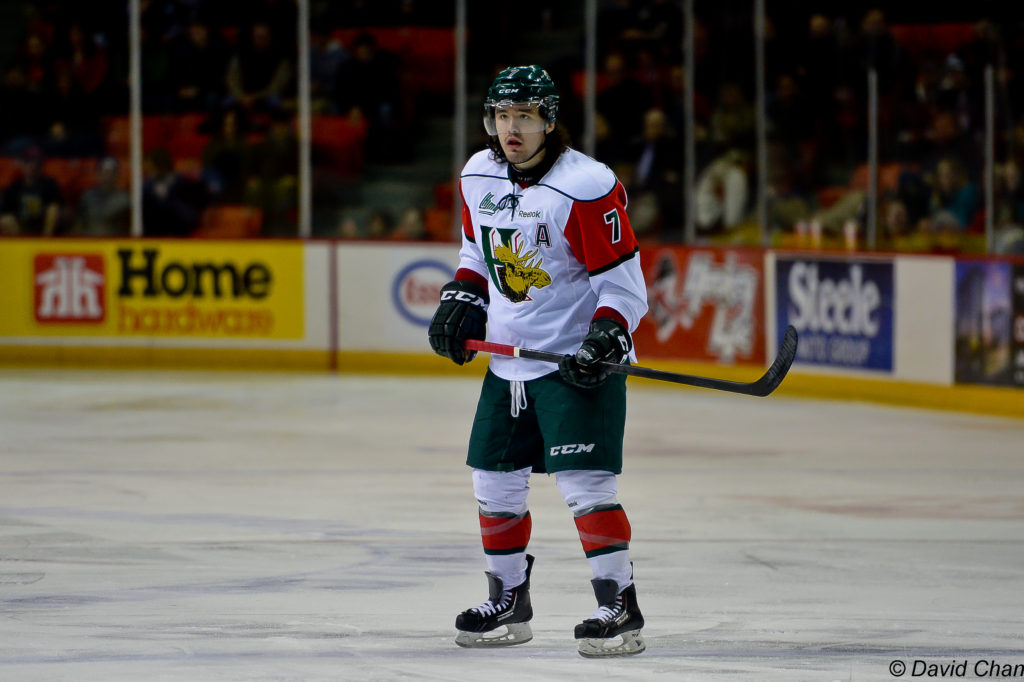 The Halifax Mooseheads’ road to the 2013 Memorial Cup would go through Gatineau, Rouyn-Noranda and Baie Comeau, three places notably inhospitable to visiting hockey teams. The mettle of the Mooseheads would be tested and they were very glad to have defenseman Trey Lewis on their side. Trey was an excellent player but he was also tough, he was really tough. When Lewis would show up at the scene of a spirited scrum in front of the Halifax net opposing players would suddenly see the wisdom in proceeding immediately to their appointed places at the faceoff so the linesman could drop the puck and the game could proceed.

Trey Lewis was quite simply one of the most interesting characters ever to don a Mooseheads jersey. He was an excellent skater. He had terrific hockey sense and he could pass and shoot. He’d often be matched against opponents’ top lines. He killed penalties, played the power play and played the game with a reckless abandon that made fans realize that this guy was having fun on the ice. If a thunderous body-check was delivered it was a good bet that Lewis, long black hair flying out the back of his helmet, originated the collision.

Off the ice Lewis was a respected leader and Co-captain of the championship team. He was one of the most gifted students ever to play for the Halifax Mooseheads. Despite missing considerable class time he breezed through high school with an almost perfect record. He moved on to St. Francis Xavier University where he played for the X-Men studying Economics with a minor in History.

Trey transferred to the University of New Brunswick for the 2016-17 academic year. He wanted to be closer to the grandparents who raised him in New Brunswick. Ineligible to play varsity hockey this season he is a member of four different hockey teams. Lewis practices with the Varsity Reds, plays on a Senior team, takes part in a Gentlemen’s League and plays intramural hockey. Clearly that zest for the game of ice hockey that Mooseheads’ fans sensed was genuine.

Trey Lewis will graduate with a Business Degree in the spring of 2018. He notes with pride the improving social and business climate on the Elsitogtog First Nation Reserve. He grew up adjacent to the Reserve and, after graduation and the end of his playing days, plans to dedicate himself to furthering the progress of the Reserve’s inhabitants.

The arena on the Elsitogtog Reserve bears a sign saying, “The Home of Trey Lewis.” They aren’t the only ones who are proud of Trey Lewis.