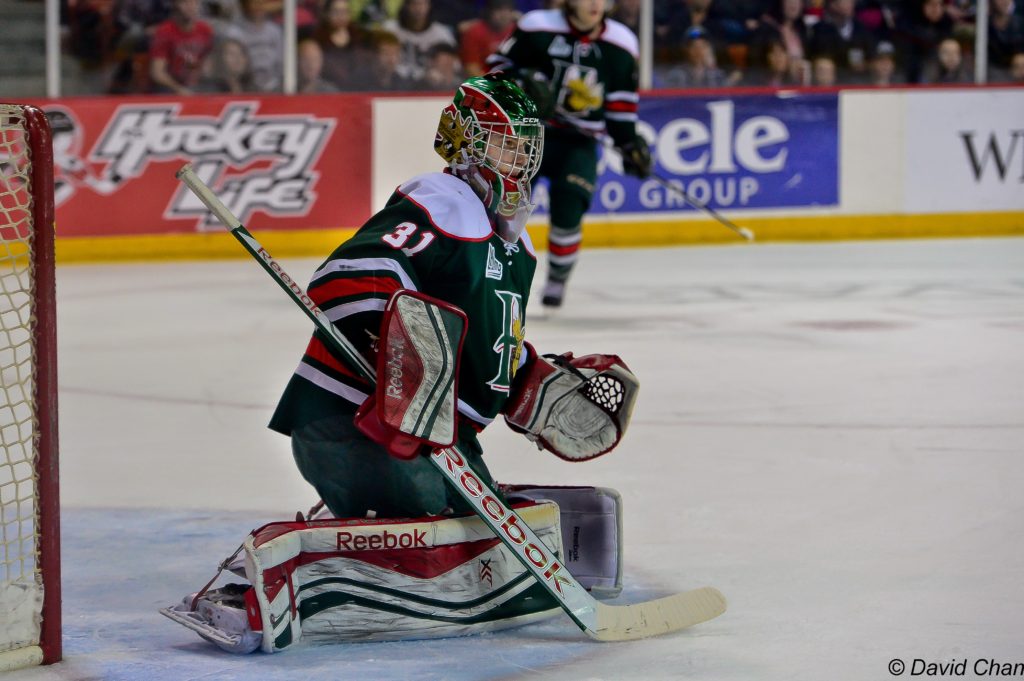 Some interesting events preceded the acquisition of the finest goalie in the history of the Halifax Mooseheads.

In 2011 the Lewiston Maineiacs were not drawing fans to the arena where Muhammad Ali knocked out Sonny Liston in 1965. The team informed the QMJHL that it could not continue to operate in Lewiston and asked for permission to relocate to Summerside, PEI. When the QMJHL Board of Governors denied the request the team ceased operations.

A special draft was conducted to disperse Lewiston’s players to the other seventeen teams. There were three prize players on the Lewiston roster; the Mooseheads were entitled to the fourth pick. Instead of selecting a player GM Cam Russell opted for Lewiston’s first round draft pick, #11 overall. The next morning a giddy Mooseheads draft table selected the best goalie available, Zachary Fucale. The team welcomed an indispensable piece of the 2013 Memorial Cup champions.

Zach Fucale was expected to earn a spot on the 2011-12 Mooseheads. Nobody expected him to play 55 regular season games and backstop the rebuilding team to the semi-finals. The rest is history. Zach was named to every conceivable All-Star team and won almost every conceivable award during his time in junior hockey.

Depending on what the situation called for it seemed Zach provided either steady or spectacular goaltending every time he took the net. Without getting lost in a sea of numbers it should be noted that Fucale was 45-5-3 during the 2012-13 regular season with a GAA of 2.35 and a save percentage of .918. He was 16-1 during the playoffs and 3-1 at the Memorial Cup. As for durability, Zach’s backup played 24 seconds of hockey during the 21 playoff and Memorial Cup games.

Off the ice Fucale was literally too good to be true. A straight ‘A’ student, leader in the dressing room, popular with his teammates, calm under pressure, accepting responsibility for every (however rare) loss and the perfect ambassador for the team in the community and with Mooseheads fans. A team boasting stars and superstars could not have won without a superstar goalie. Mooseheads fans will wait a long time for another Zach Fucale.