Moose roll to 40th win of the season 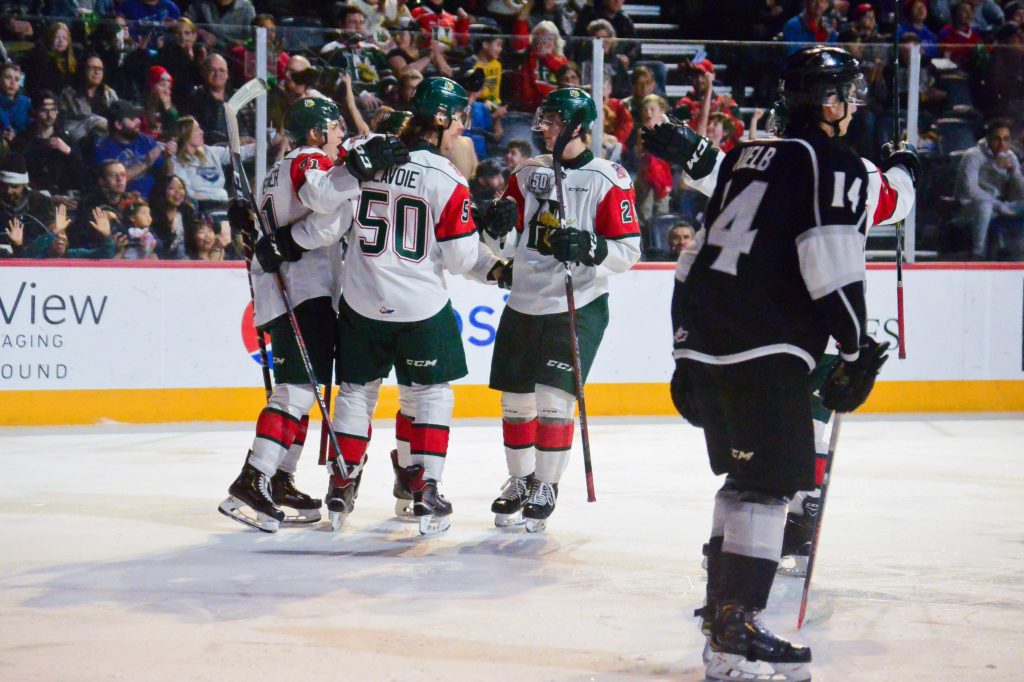 The high octane offensive continued on Friday night for the Mooseheads in a 7-2 drubbing of the Gatineau Olympiques in Halifax. Raphael Lavoie scored twice and added two assists as the Moose picked up a third consecutive win and improved to an Eastern Conference best 40-12-2-1 on the season.

This was another dominating win for the Mooseheads who fired a season best 54 shots at Olympiques goalie Creed Jones. That’s 23 goals scored in the last three games for a team that seems to be in the peak of their stride right now.

There was good news on the injury front for Halifax in the game with the return of both Jake Ryczek and Maxim Trepanier who had been sidelined with upper body injuries since early January. Ryczek made an immediate impact with one goal and two assists while Trepanier didn’t look rusty and played meaningful minutes on the third line with Keith Getson and Ben Higgins.

The action got going extremely early when Antoine Morand capped off a flurry of chances by sending the puck into an open cage as Jones desperately tried to dive back across to make a save. Morand’s 21st goal of the year came only 30 seconds into the game and the Mooseheads never trailed en route to the win. His linemates Raphael Lavoie and Samuel Asselin had the assists which extended Asselin’s consecutive games with a point streak to 14. That ties him with Rimouski’s Jimmy Huntington and Rouyn-Noranda’s Peter Abbandonato for longest in the QMJHL this season.

With plenty of scouts in the building along with the crew from Sportsnet who were preparing for Saturday’s nationally broadcast game, Raphael Lavoie put on an absolute show. He put the Mooseheads up 2-0 when he showed off his great hands with a nifty goal off a turnover. He worked hard on every shift and created several excellent opportunities.

Asselin increased the Halifax lead to 3-0 early in the second period as he stepped out of the penalty box and potted his 44th goal from the top of the crease. Gatineau got one back on the power play as Giordano Finoro scored the first of his two goals but the Moose did not relent on the attack. They went right back to controlling the puck possession and made it 4-1 before the end of the period on a wicked wrist shot by Lavoie on the power play.

That was in before anyone even knew it left Lavoie’s stick. #Rocket #GoMooseGo pic.twitter.com/7rwKhWnYoS

The lead was pushed to 5-1 just 19 seconds into the third period with a point shot by Jared McIsaac getting behind Jones who finished with 47 saves on 54 shots. The goal was the 13th of the season for the Red Wings prospect who now finds himself third all-time in franchise scoring by a defenceman with 128 career points. He’s two back of Jasmin Gelinas for second on the list. Konrad Abeltshauser is the franchise leader with 150.

After Finoro made it a 5-2 game, rookie Samuel Dube picked up his second goal of the season and Ryczek finished off the scoring with a power play tally that deflected off the leg of a Gatineau defenceman for a 7-2 victory.

The Mooseheads went 2-6 on the man advantage while allowing one goal on four power play chances by Gatineau.

Asselin has collected 28 points over his 14 game point streak and his goal turned out to be the game-winner. He leads the QMJHL with nine game-winning goals this season. His line with Morand and Lavoie has contributed 23 points in the last three games alone.

Halifax will try to continue their winning ways on Saturday afternoon at 4:30 when they welcome Charlottetown in front of a national audience on Rogers Sportsnet. Tickets are on sale now at the Ticket Atlantic Box Office, select Superstore Outlets, TicketAtlantic.com, the Official Mooseheads Shop in Scotia Square or charge by phone 902-451-1221.