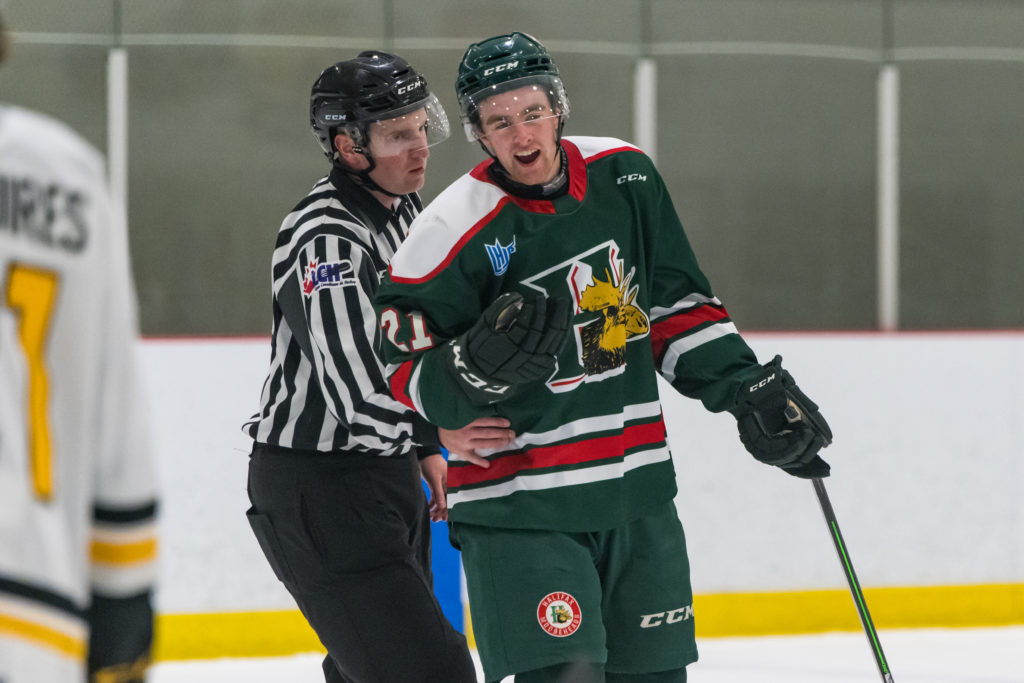 It was a wild finish to the preseason for your Halifax Mooseheads who exploded for six goals in the third period to thump the visiting Cape Breton Eagles 10-5 at the RBC Centre in Dartmouth.

James Swan had a hat trick while Attilio Biasca and Braeden MacPhee both scored twice and Mathieu Cataford had five assists to help the Herd finish with a 4-and-1 record ahead of the regular season Home Opener next Friday night versus Charlottetown at Scotiabank Centre.

The massive amount of goals wasn’t the only entertainment in the matchup between the provincial rivals as big hits were dished out from both sides and there was plenty of jawing after the whistles which made for an intense affair. Halifax defenceman Dylan MacKinnon was a physical force with a game-high five hits and he was able to chip in offensively with one goal and two assists. His fellow Moncton, NB native and teammate Braeden MacPhee helped to stir the pot by getting under the skin of the Eagles on several occasions, drawing penalties and making them pay for their mistakes with his two goals.

The Moose led 4-3 after 20 minutes on a pair of goals from Swan while MacPhee and Brady Schultz added the others. Cape Breton tied the game 4-4 in the middle frame before Swan restored the lead in the third period with a beautiful individual rush for the hat trick, only to see the Eagles tie the game at 5 shortly afterwards. Biasca struck twice in 34 seconds to open the floodgates for Halifax and the rout was on. Brody Fournier tipped in a point shot to make it an 8-5 game while MacKinnon and Macphee tacked on two more as the clock ticked down.

MacKenzie was one-of-three players summoned from the Weeks U18 Crushers for the game with a total of six Moose regulars away at NHL rookie camps. He was joined by forwards Ben Wallace and Cade Moser for the game.

Now it’s onto the real thing for the Mooseheads as they prepare for next week’s season opener at Scotiabank Centre. Individual Tickets for all 34 home games are now on sale at TicketAtlantic.com.