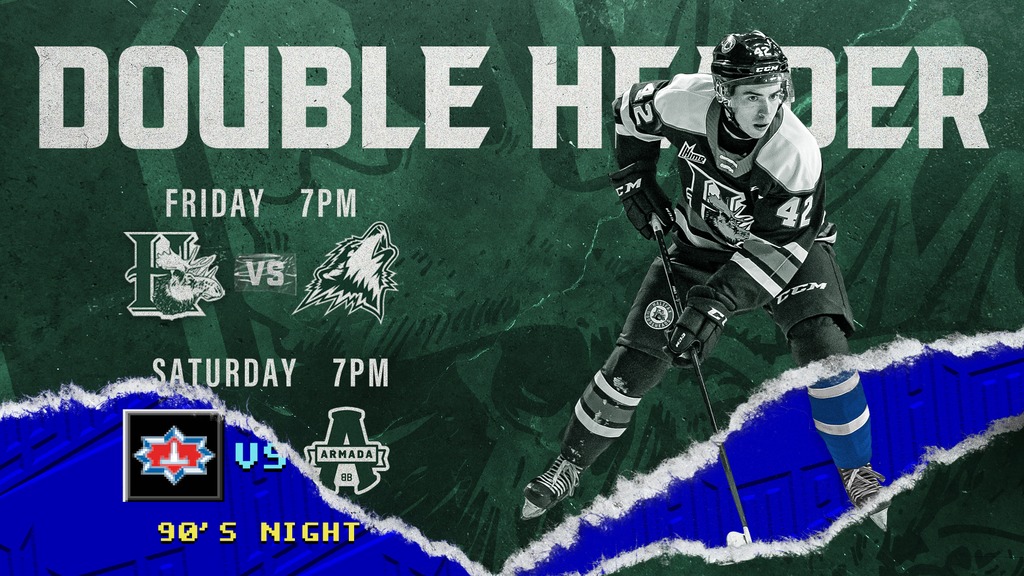 Your Halifax Mooseheads host a pair of opponents from Quebec on back-to-back nights this weekend with rival Rouyn-Noranda visiting Scotiabank Centre on Friday and Blainville-Boisbriand in Moose Country on Saturday for 90’s Night. Both games start at 7pm.

Friday’s matchup with the Huskies in the second and final meeting of the season between the clubs after Halifax dropped a 5-1 decision the the Glencore Arena last weekend. Rouyn fired 45 shots at goalie Brady James and got goals from five different players, while Jordan Dumais picked up the lone goal for the Herd. Of course these teams have a storied rivalry, most notably in recent years when the Huskies defeated the Mooseheads in both the 2019 President Cup Finals and in the Memorial Cup Final at Scotiabank Centre.

Saturday night’s game is not only the first battle of the season with the Blainville-Boisbriand Armada but it also marks the return of the popular 90’s Night promotion with the Mooseheads set to debut their special Halifax Citadels throwback uniforms. The night will be filled with everything 90’s related including music, prizes and videos along with some other surprises. Heading into the weekend, the Armada and Mooseheads have identical 10-8-0-1 records through 19 games played. Defenceman Miguel Tourigny is the star player for Blainville and leads the team in scoring with 27 points.

The Mooseheads will be without three of their 16-year-old rookies with Dylan MacKinnon, Mathieu Cataford and Logan Crosby away in Ottawa until December 1st as they participate for Hockey Canada in the Capital City Challenge. This event is a one-time replacement for the World Under-17 Hockey Challenge which was cancelled due to the ongoing global pandemic.

Tickets for this weekend’s Mooseheads games are on sale now at TicketAtlantic.com