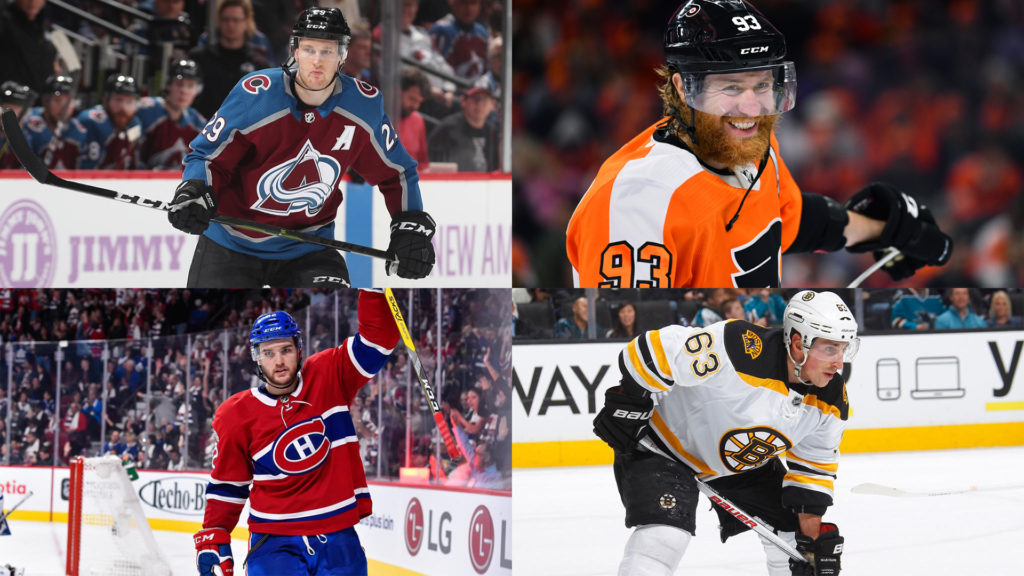 The NHL’s Stanley Cup Playoffs are set to begin on Tuesday following the completion of the qualifying round over the weekend. There are four former Mooseheads players in the mix to have their name etched in Lord Stanley’s mug this season.

Nathan MacKinnon will lead the Colorado Avalanche into a first round matchup against the Arizona Coyotes. The Avalanche enter the postseason as the #2 seed in the Western Conference. MacKinnon is a Hart Trophy finalist following a 93-point regular season. He played two seasons with the Mooseheads, scoring 153 points in 102 regular season games and helped Halifax win it’s first Memorial Cup Championship. He went on to be drafted first overall by the Avs in 2013. Game #1 between Colorado and Arizona is Wednesday at 5:30pm ET.

Jakub Voracek and the Philadelphia Flyers roll into the playoffs as the top seed in the Eastern Conference and will battle Jonathan Drouin and the Montreal Canadiens. Voracek was third in scoring for the Flyers this season with 56 points and helped the team go 3-0 during the Qualifying Round. He is currently in his 12th season in the NHL after being selected seventh overall by the Blue Jackets in 2007. Voracek played two seasons (2006-07 / 2007-08) with the Mooseheads, scoring 187 points in 112 regular season games. The Flyers and Canadiens play Game #1 on Wednesday at 8:00pm ET.

Jonathan Drouin’s Montreal Canadiens are riding high after an upset of the Pittsburgh Penguins to get into the playoffs. The Habs took down the Pens with a 3-1 series victory as Montreal made the postseason for the first time in three years. Drouin had an injury plagued regular season and appeared in just 27 games, while scoring 15 points. He is healthy again and scored one goal in Montreal’s 4-game victory over Pittsburgh. Drouin spent three seasons in a Halifax uniform where he wowed fans on a nightly basis with 242 career points in 128 games. He also holds the Mooseheads’ franchise record for career playoff points with 102 in just 50 games. Drouin was drafted third overall by Tampa Bay in 2013.

Brad Marchand and his Boston Bruins are ready for another run at the cup as the fourth seed in the Eastern Conference following an 0-3 showing in the round robin. The B’s will take on the Carolina Hurricanes starting on Tuesday night at 8:00pm ET. Boston had the most points in the NHL regular season with an even 100, while Marchand was second in team scoring with 87 points. That’s his fourth straight year with at least 85 points to his credit. The native of Hammonds Plains, NS appeared briefly in a Mooseheads uniform late in the 2007-08 season when he came to the team in a trade from Val d’Or. He scored 29 points in 26 regular season games with Halifax and added 19 points in 14 playoff appearances.  Marchand was drafted by the Bruins in the third round (71st overall) in 2006 and has spent his entire career with Boston.

Click here for the full NHL Playoff schedule on Sportsnet. 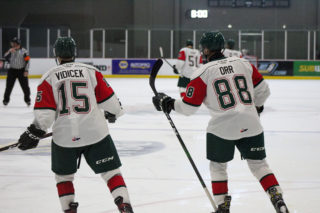 Roster Spotlight: The Rookies
2 days ago 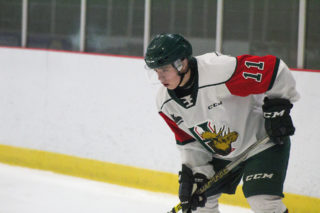 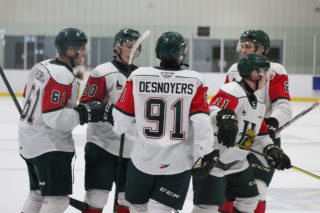 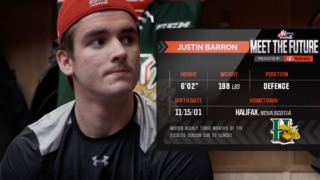 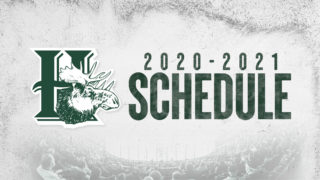 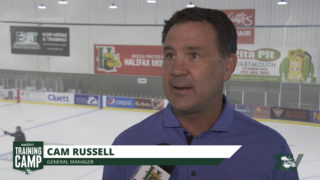