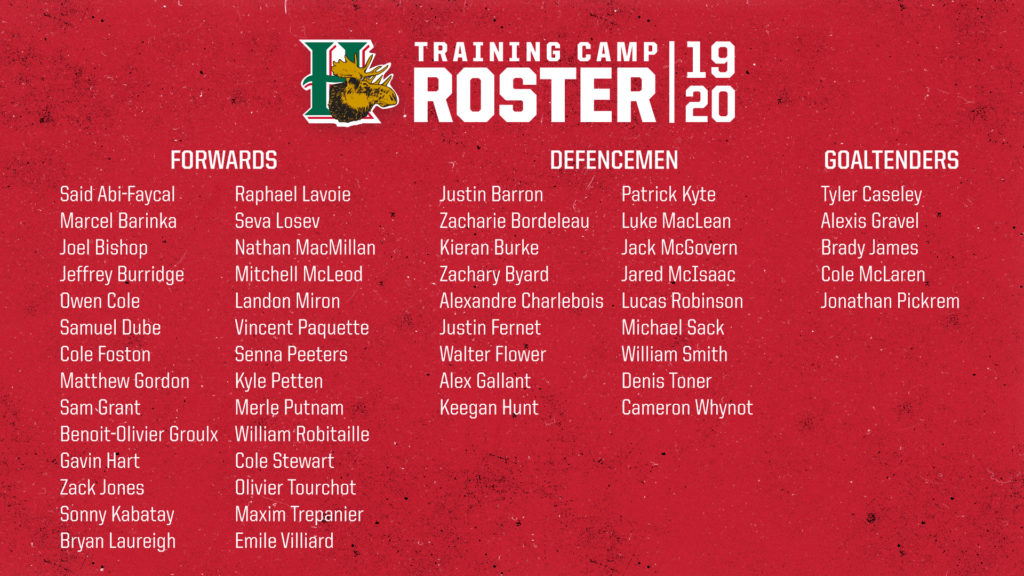 The Halifax Mooseheads have released a 51-player roster for 2019 Training Camp which opens this week at the RBC Centre in Dartmouth.

28 forwards, 18 defencemen and five goalies will converge at the Mooseheads practice facility to fight for a spot on the 2019-20 team that begins regular season play on September, 20th in Saint John. Along with releasing the roster, the Mooseheads also announced that 20-year-old Jocktan Chainey has decided to step away from the game to focus on his education and career despite receiving offers to play professionally in the ECHL or to return to the QMJHL as an overage defenceman. 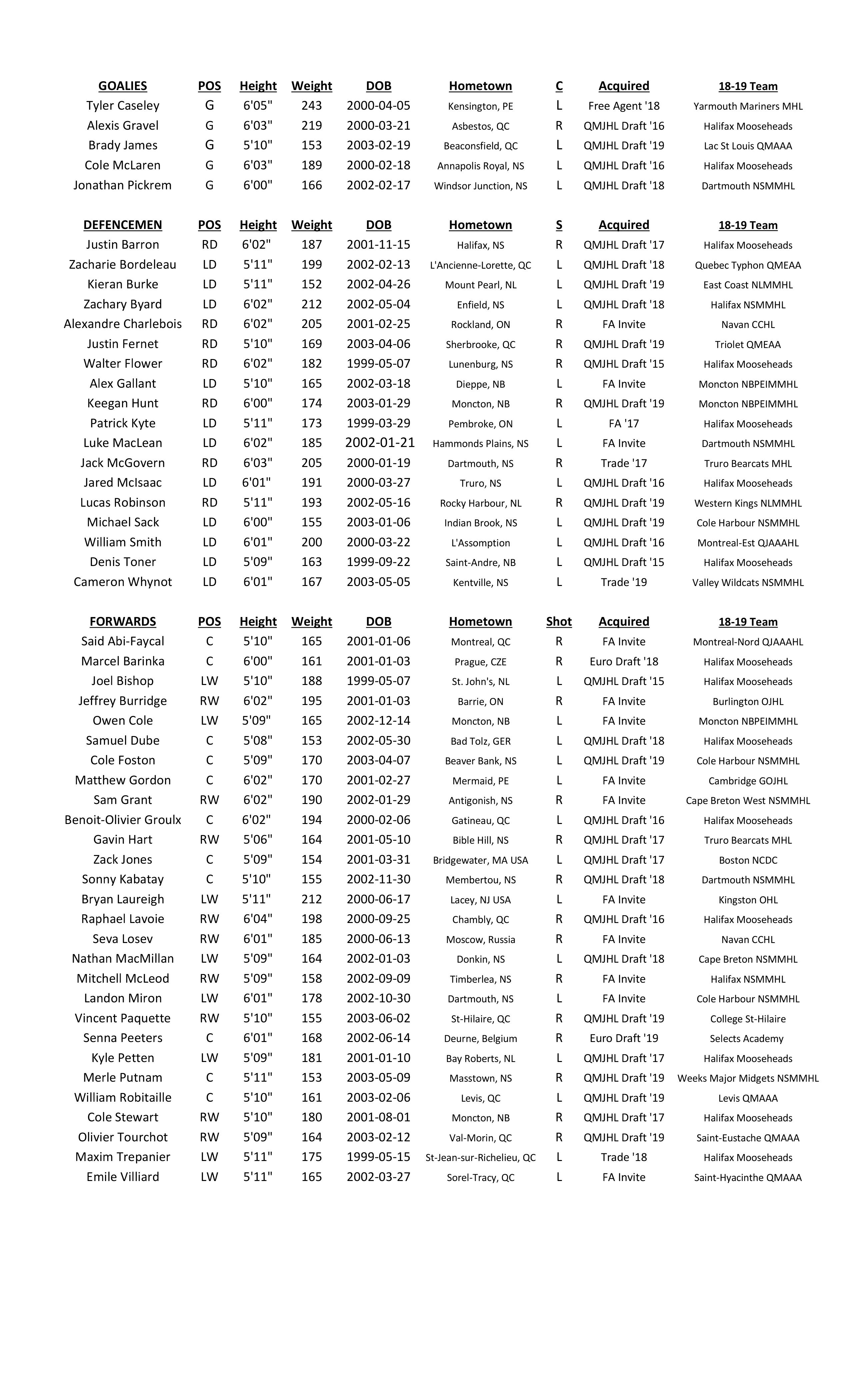 Camp opens with registration day on Thursday before players are split into two groups for White vs Green intra-squad games beginning on Friday morning. Click here for a complete camp schedule. All practices and intra-squad games are open to the public.

The preseason begins on Sunday afternoon at 4pm at the Zatzman Sportsplex against the Cape Breton Eagles. Tickets are on sale now at the Ticket Atlantic Box Office, TicketAtlantic.com, the Official Mooseheads Shop in Scotia Square Mall and will also be available at the door.