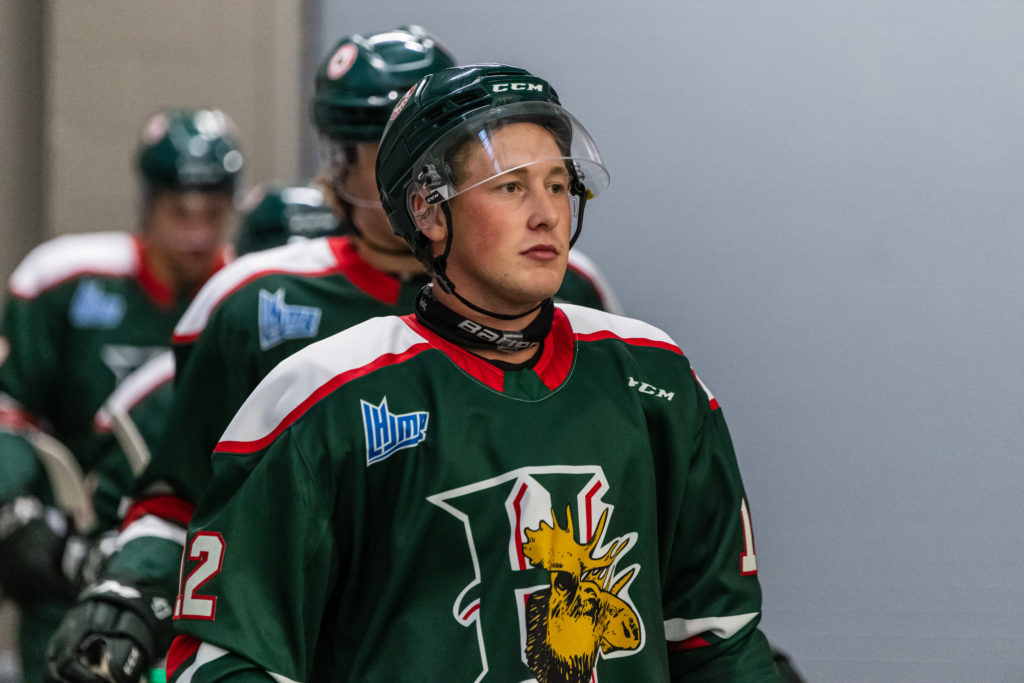 Your Mooseheads jumped out to a first period lead that they never relinquished in a 5-3 preseason victory over the Saint John Sea Dogs on Friday night in Fredericton.

Attilio Biasca scored twice while Mathieu Cataford chipped in with three assists to lead the attack as Halifax improved to 3-and-1 in the exhibition season. Mathis Rousseau earned the win between the pipes while playing the entire 60 minutes and making 31 saves.

Brody Fournier got the scoring started with his first tally in a Mooseheads uniform midway through the opening frame while Biasca increased the lead to 2-0 with 89 seconds remaining in the period when he buried a shorthanded marker. The 19-year-old from Zug, Switzerland scored again in the middle frame with his second goal coming on the power play to make it a 3-1 advantage for Halifax. James Swan upped the lead to 4-1 just 2:49 into the third period and Markus Vidicek added some insurance at the 9:31 mark.

Aside from Cataford’s trio of assists, other Mooseheads helpers came from Vidicek, Jordan Dumais and Braeden MacPhee.

The Sea Dogs goals were scored by Marshall Lessard, Connor Trenholm and Eriks Mateiko as Saint John dropped to 2-and-4 in the preseason. Final shots were 36-34 Mooseheads as goalie Ventsislav Shingarov took the loss.

The Moose will finish the exhibition schedule next Friday night on home ice at the RBC Centre in Dartmouth when they entertain Cape Breton at 7pm. Tickets are on sale now at TicketAtlantic.com and the game will also be streamed live on our Official YouTube Channel.

The Mooseheads Home Opener is set for Friday, September 23rd at 7pm versus Charlottetown at Scotiabank Centre. Season Tickets and 15-Game Packs are on sale now. Individual Tickets will go on sale to the general public on Tuesday, September 13th at 10am. Click here for details.

Hitting the Road vs Acadie-Bathurst
6 hours ago