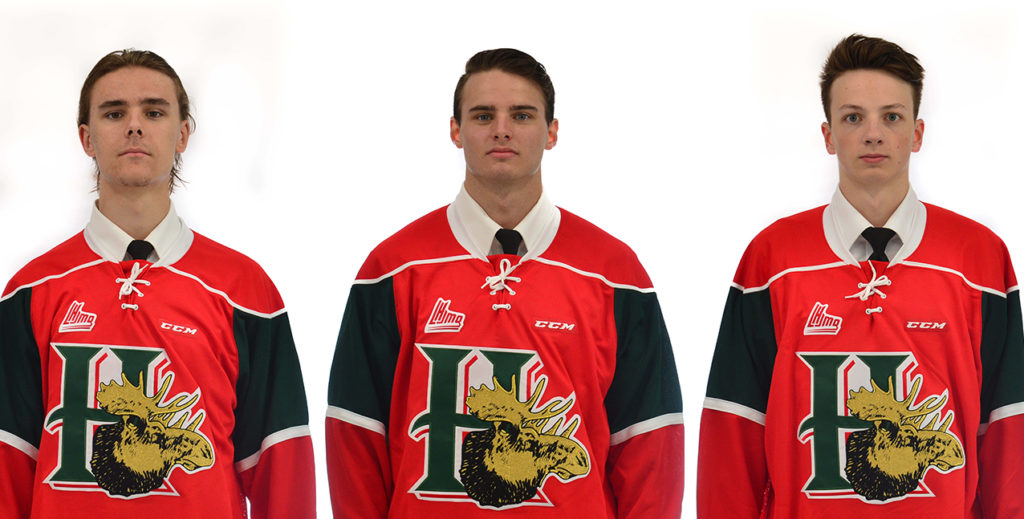 110 players from the Canadian Hockey League have been listed among NHL Central Scouting’s October ‘Players to Watch’ list for the 2019 NHL Draft which takes place June 21-22 in Vancouver, BC including three members of your Halifax Mooseheads.

Forwards Raphael Lavoie, Xavier Parent and Marcel Barinka were named A (1st round candidate), B (2nd-3rd round) and C (4th-5th-5th round) rated prospects respectively. The trio has combined for six points in helping the Mooseheads get off to a franchise best 4-0 start to the 2018-19 season.

78 CHL players and four members of the Mooseheads were selected in the 2018 NHL Draft including 13 players chosen in the first round. The Mooseheads organization has had 19 players drafted in the NHL since 2010.

Halifax makes visits to Quebec City on Wednesday, Chicoutimi on Friday and Baie-Comeau next Saturday.

The Mooseheads home opener is scheduled for Saturday, October 27th at 7pm versus the Cape Breton Screaming Eagles. Individual tickets will go on sale on October 3rd at 11am.

Mooseheads 2018-19 Season Ticket Memberships and 15-Game Packs are on sale now at TicketAtlantic.com, the Official Mooseheads Shop in Scotia Square or by calling 451-1221.