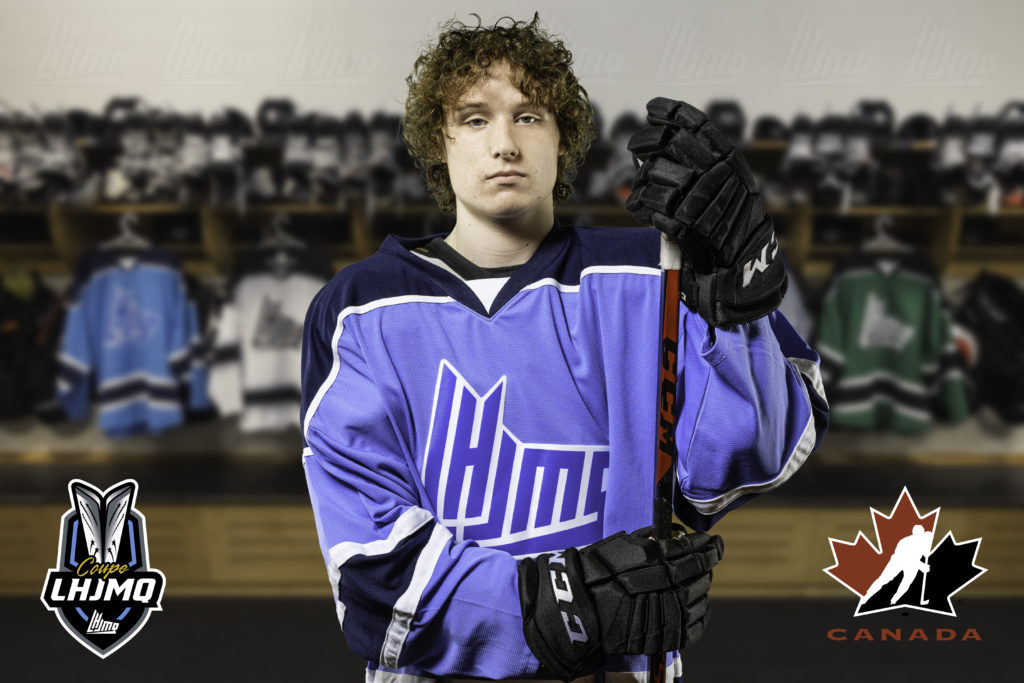 Your Halifax Mooseheads added a major piece to the future after selecting Owen Phillips with the seventh overall pick in the first round of Monday night’s QMJHL Entry Draft.

For the second consecutive year, General Manager Cam Russell used his top pick on a defenceman when he grabbed the native of Upper Tantallon, NS. Phillips played with the Pittsburgh Penguins Elite program where he totaled 48 points in 84 games. The 16-year-old shoots right and previously played two seasons with the Halifax Gulls in U15.

“This is an exciting day for us. He was the player we were targeting and we’re ecstatic that he will be suiting up for the Mooseheads. He’s the real deal,” Russell said.

Phillips joins fellow Upper Tantallon native Jake Furlong (22nd overall, 2020) on a talented blueline that recently saw the addition of CHL Import pick David Moravec of Czechia who was added to the mix on Canada Day.

Calgary Flames prospect Cam Whynot will be back for his fourth year while Dylan MacKinnon will be entering his second season in Moose Country after becoming Halifax’s top pick in 2021 when he was taken fifth overall. Americans Brady Schultz and Stephen Davis are also returning along with Alexandre Tessier while prospect Jack Martin will be pushing for a spot after recently winning the Telus Cup with the Moncton Flyers.

“Owen is smooth and effortless on the ice and is one of the most naturally gifted skaters in this year’s draft class. He is always well positioned and maintains very good gap control. He has a great stick, especially in one-on-one situations, and is quick to turn the puck up into offensive opportunities.

Owen has great vision and instincts. He is constantly an offensive threat with the puck on his stick and is a talented playmaker from the blue line. He makes a great first pass and smart decisions on where to move the puck and when to jump into the play. He has the skating ability and skill set to play on a top D pair at the next level,” said CSR Scout Taylor Burke.

“His maturity is off the charts,” added Mooseheads Assistant GM Allie MacDonald.

Halifax has 13 remaining picks in the QMJHL Entry Draft with rounds 2-14 set to be held tomorrow starting at 10am Atlantic. Fans can follow along online at theqmjhl.ca/draft/2022