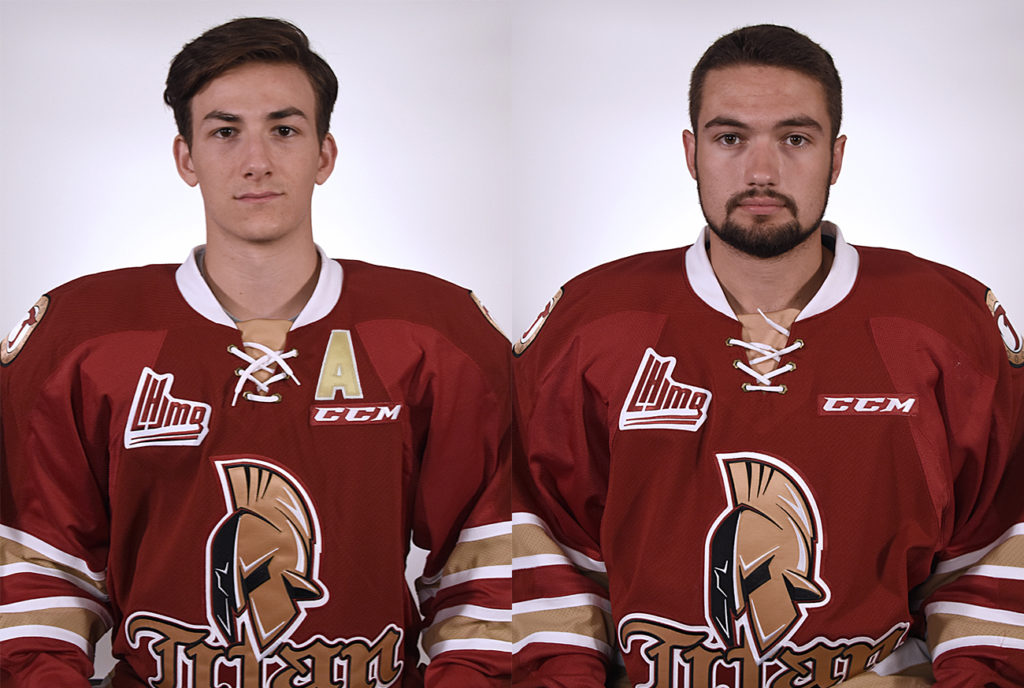 The Halifax Mooseheads made significant additions to the roster today when General Manager Cam Russell announced a trade with the Acadie-Bathurst Titan that will see Memorial Cup Champion forwards Antoine Morand and Jordan Maher come to Halifax.

The Mooseheads will receive the high-scoring Anaheim Ducks prospect Morand and the 20-year-old Maher in exchange for Halifax’s 2018 and 2019 first round draft picks, a 2018 third round pick (Cape Breton) and a third round pick in 2020.

Morand was a second round draft pick of the Anaheim Ducks in 2017 and is coming off a career-best season that saw him score 76 points (26 goals 50 assists). The Mercier, QC native has an even 200 points in 181 games during his three-year career. He was instrumental in helping lead Acadie-Bathurst to the Memorial Cup with 19 points in 20 QMJHL playoff games this past season. Morand plays center and is among the league’s elite face-off men with a 56.3 face-off percentage in 2017-18. He was originally drafted second overall by the Titan in the 2015 QMJHL Entry Draft. Morand was selected to play for Team Cherry in the 2017 CHL/NHL Top Prospects Game. He has also played for Team QMJHL in the Canada/Russia Series for the last two seasons.

Maher is entering his fifth season in the league and will fill one of the Mooseheads’ three overage roster positions. The right winger from Gander, NL has 173 points in 255 career regular season games, all with Acadie-Bathurst. He was taken sixth overall in the 2014 QMJHL Entry Draft and has improved his point output each season which included a career-best 61 points in 2017-18. He was also third on the team with a +/- rating of +36.

The Mooseheads hockey staff is in Shawinigan this weekend where the QMJHL Entry Draft will be held on Saturday. Halifax holds the 12th overall pick in the draft.