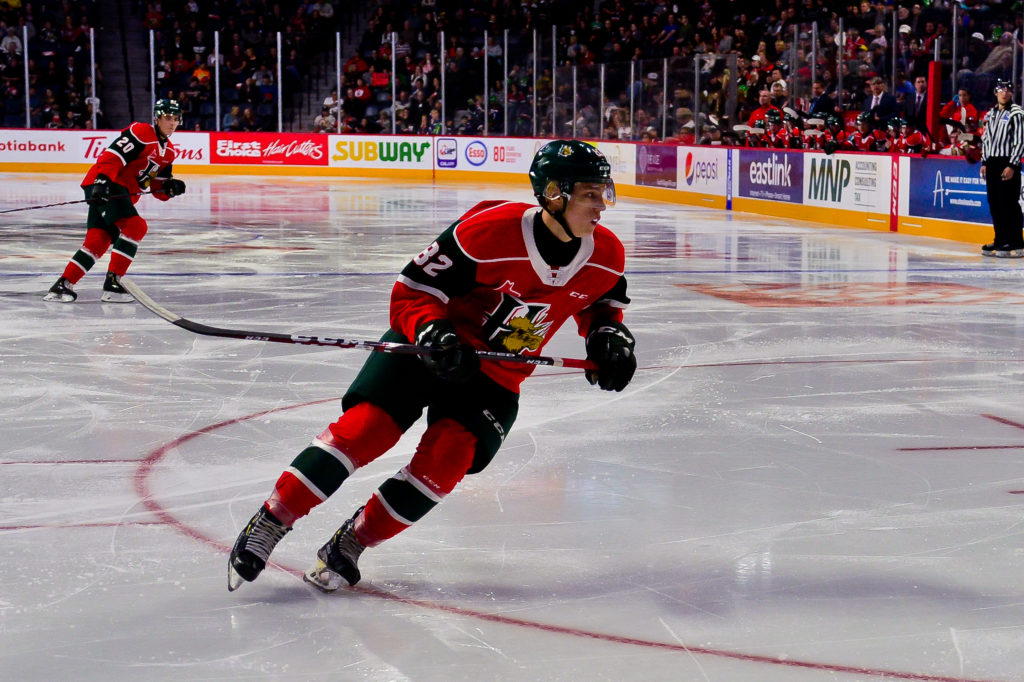 The Halifax Mooseheads will be on home ice for a pair of games this weekend at the Scotiabank Centre as they host the Chicoutimi Sagueneens on Friday at 7pm and the Charlottetown Islanders on Sunday afternoon at 3pm.

Newly acquired forward Alexandre David is expected to be in the lineup while defenceman Olivier DesRoches will also be available to play for his new team. Landon Miron has joined the Mooseheads for the duration of the season as well after being recalled from Midget.

Friday’s game marks the return to Moose Country for both Patty Kyte and Raphael Lavoie who were dealt to Chicoutimi during the QMJHL trade period. Fans will have a chance to give them a warm reception and an official farewell during the game. Lavoie and new teammate Dawson Mercer recently won a gold medal with Canada at the World Junior Hockey Championship in the Czech Republic for which Lavoie will be recognized during a pregame ceremony. Mercer is not expected to be in the Sagueneens lineup.

Sunday will be Minor Hockey Day in Halifax with hundreds of minor hockey players in attendance from around the province. Each minor hockey team will have a chance to win Mooseheads practice jerseys, mini sticks, hats or to high-five the team as they skate onto the ice for the third period.