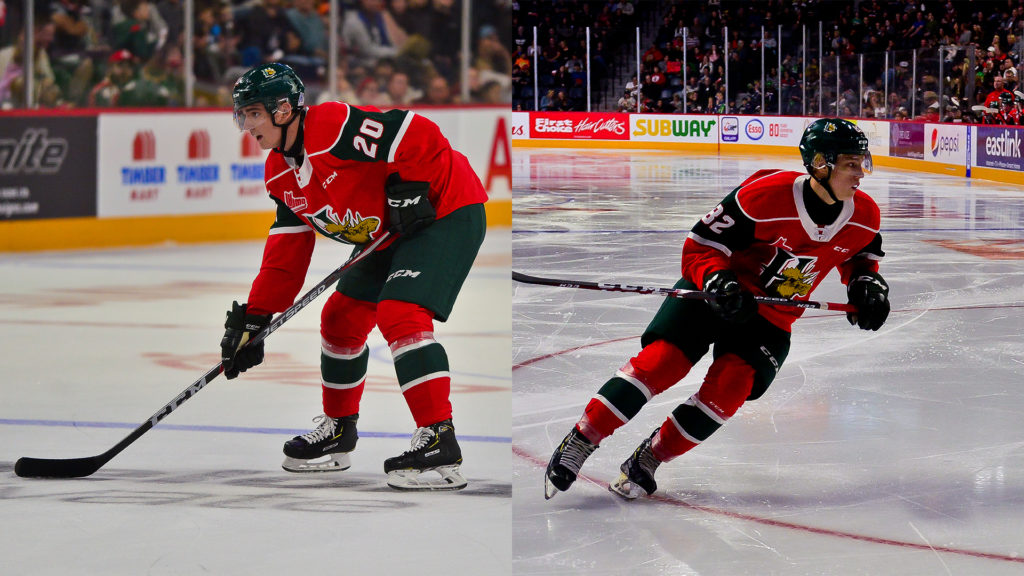 Halifax Mooseheads defenceman Justin Barron and forward Senna Peeters have been named to the NHL Central Scouting preliminary Players to Watch list for the 2019-20 season.

Barron, a 17-year-old now in his third QMJHL season after being drafted 13th overall by the Mooseheads in 2017, was given a “A” Rating which pegs him as a potential first round pick in June’s NHL Entry Draft. The Halifax, NS native has played in 126 career regular season games with the Mooseheads and has produced 64 points on 11 goals and 53 assists to go along with a +/- rating of +59. He also has 16 points in 32 career President Cup Playoff games.

Peeters is a 17-year-old rookie for Halifax after being selected with the team’s top pick – 47th overall in the 2019 CHL Import Draft. He was given a “B” Rating which projects him as a second or third round pick. Peeters is the first Mooseheads player to come from Belgium and has hopes of becoming just the second player from his country to be drafted by an NHL team. The only other to do so was goalie Wouter Peeters (no relation) by Chicago in 2016. Senna Peeters has enjoyed a great start to his Mooseheads career with three goals through seven game. He scored in his QMJHL debut on September 20th at Saint John.

The Players to Watch List will continue to be updated throughout the season as NHL scouts watch the hockey season unfold.

The Mooseheads play three games this week. First they battle Saint John at Scotiabank Centre in “Student Night” on Thursday at 7pm.  Halifax visits Moncton on Friday night and then returns home again on Sunday, October 13th at 3pm to face Val d’Or. Tickets are on sale now at the Ticket Atlantic Box Office, TicketAtlantic.com, select Superstore outlets, the Official Mooseheads Shop in Scotia Square Mall or by phone 902-451-1221.