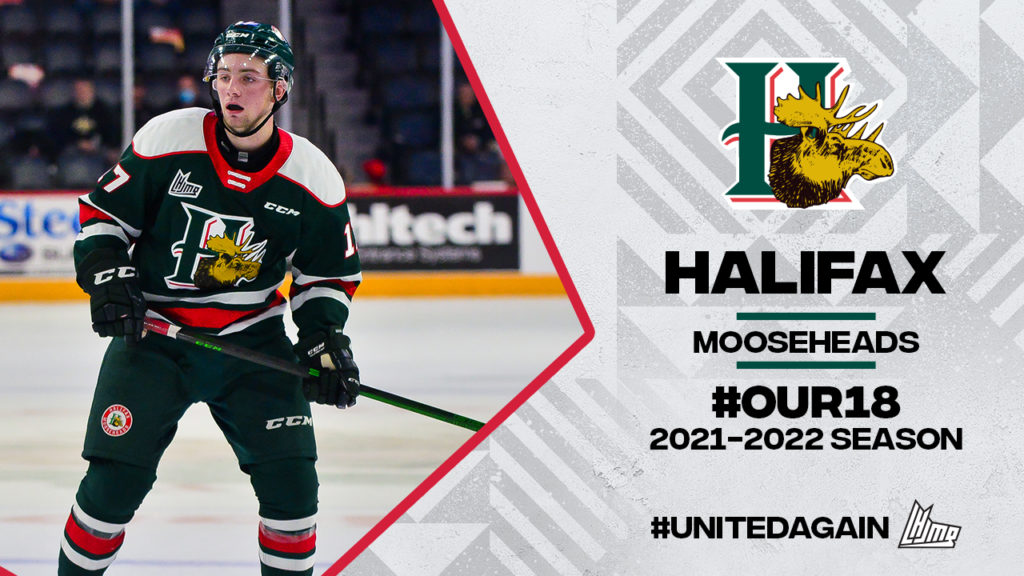 In what was a very trying year, the Halifax Mooseheads were able to put forth admirable results last season. The pro scouts paid attention, selecting three members of the squad at the 2021 NHL Entry Draft. Now, it’s time to put the league at large on notice.

Up front, there’s no question the Mooseheads display the calibre of top end firepower that could prove to be difference makers on most nights. This centers on the dynamic duo of Nashville Predators 2021 first rounder Zachary L’Heureux and Philadelphia Flyers prospect Elliot Desnoyers, who both made a distinct impression in their first seasons with the squad. A pair of 2020 QMJHL first rounders, Markus Vidicek and Jordan Dumais, will be expected to take the next step as they enter their NHL Draft campaigns. The 2020-21 QMJHL rookie scoring leader, Robert Orr, will look to improve on the performance that saw him earn a fifth-round selection by the Carolina Hurricanes last June. Belgian-born Senna Peeters will be joining them as he returns after posting over a point per game last year.

On the blueline, 2021 Calgary Flames draftee Cameron Whynot returns for a third season already used to eating up big minutes in all situations. He’ll lead a relatively young defense corps that also features second-year rearguard Jake Furlong and rookie Dylan MacKinnon, the fifth overall selection at the 2021 QMJHL Entry Draft. Joining them is overager David Lafrance, who arrives in Halifax for his first major junior season after stints in the Ontario Jr. A ranks as well as one season in the NCAA with Robert Morris University. In nets, Brady James takes over the reigns from the graduating Alexis Gravel.

With the league getting back to some sense of normalcy this season, the Mooseheads are no doubt eager to get back in the swing of things as they put a collection of potential impact players to the test.