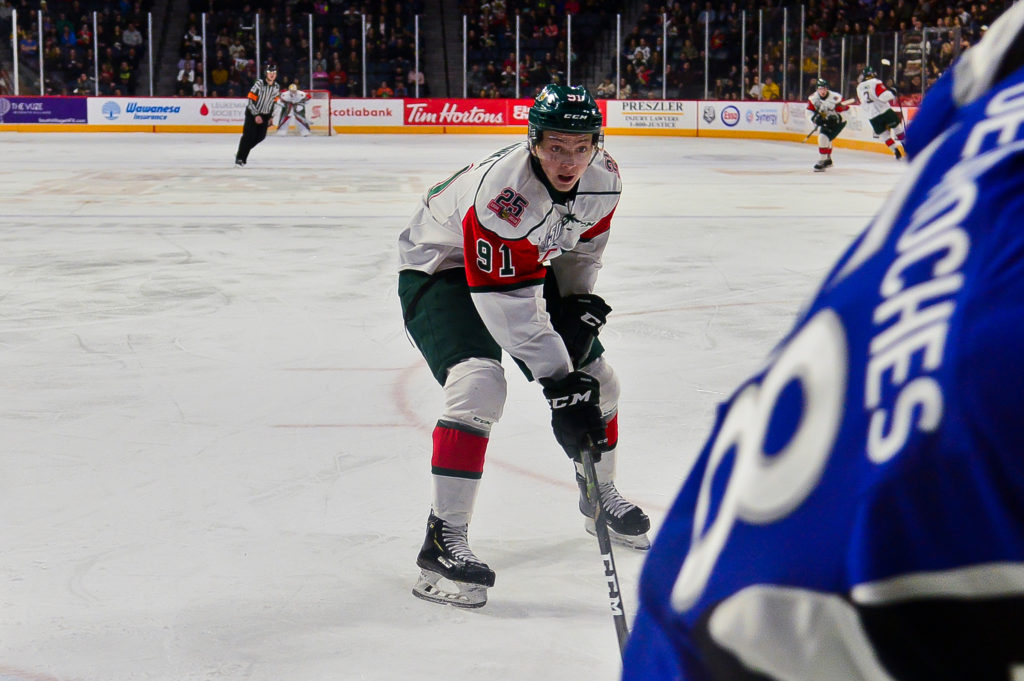 The 2019-20 QMJHL season opened with a 4-3 loss for the Halifax Mooseheads as they dropped a road game in Saint John on Friday night. Zachary Bouthillier made 40 saves as the Herd peppered him with shots and the Sea Dogs got goals from four different players to send 4,067 fans home happy in the home opener at TD Station.

Despite the loss there were some bright spots for the Moose, including an excellent effort from Raphael Lavoie. The Edmonton Oilers prospect was dominant at times with nine shots on goal while scoring one goal and one assist. He was named the third star of the game. Rookie Senna Peeters scored his first career goal and Marcel Barinka also scored as the two import players picked up where they left off in the preseason. Peeters was tied for the QMJHL lead in preseason goals with six while Barinka had seven assists.

Congrats to Senna Peeters on his 1st career goal💯🔥#GoMoossGo pic.twitter.com/QkUBc3cK3B

The Sea Dogs opened the scoring when Nicholas Deakin-Poot knocked in a rebound at the side of the net 6:50 into the contest as Alex Gravel came off the right post and left just enough room for the big forward to tuck it behind him. Halifax tied the game 1-1 near the midway mark of the period when Raphael Lavoie carried the puck over the line and threaded a perfect pass from the top of the circle to the slot where Marcel Barinka was waiting and beat Bouthillier with a nice shot from the bottom hashmarks.

Saint John took the lead for good in the second period with goals 1:21 apart from Ben Badalamenti and William Villeneuve as they jumped ahead 3-1. The home team carried the two-goal advantage into the third period where the Herd gave it one final push. Lavoie scored at 4:15 after he took multiple jabs at the puck to cut the deficit to 3-2. Saint John restored the two-goal lead a few minutes later on a Dawson Stairs tally but the Mooseheads kept coming. Peeters replied 37 seconds later as he sped down the right side before ripping a top corner shot past Bouthillier and it was a 4-3 game. Unfortunately for the Moose, that was as close as they could get as time ran out. Shots were 43-25 in favour of Halifax while both teams went 0-3 on the power play. Badalementi had a goal and an assist and was named the first star. Bouthillier took second star honours with his 40 saves.

Players collecting assists in the game for Halifax included; Lavoie, Jason Horvath, Maxim Trepanier and Zack Jones. It was the first career QMJHL point for the rookie Jones.

Next up for the Mooseheads is a road game Saturday night at 7pm in Charlottetown. The Islanders coughed up a third period lead on Friday in a 3-2 OT loss at home to Moncton. Fans can listen to the game live on NEWS 95.7 with Garreth MacDonald.

Home opening weekend for the Mooseheads takes place next Friday and Saturday at the Scotiabank Centre when they host Charlottetown and Acadie-Bathurst. Individual tickets are on sale now at the Ticket Atlantic Box Office, TicketAtlantic.com, select Superstore outlets, or by calling 902-451-1221.