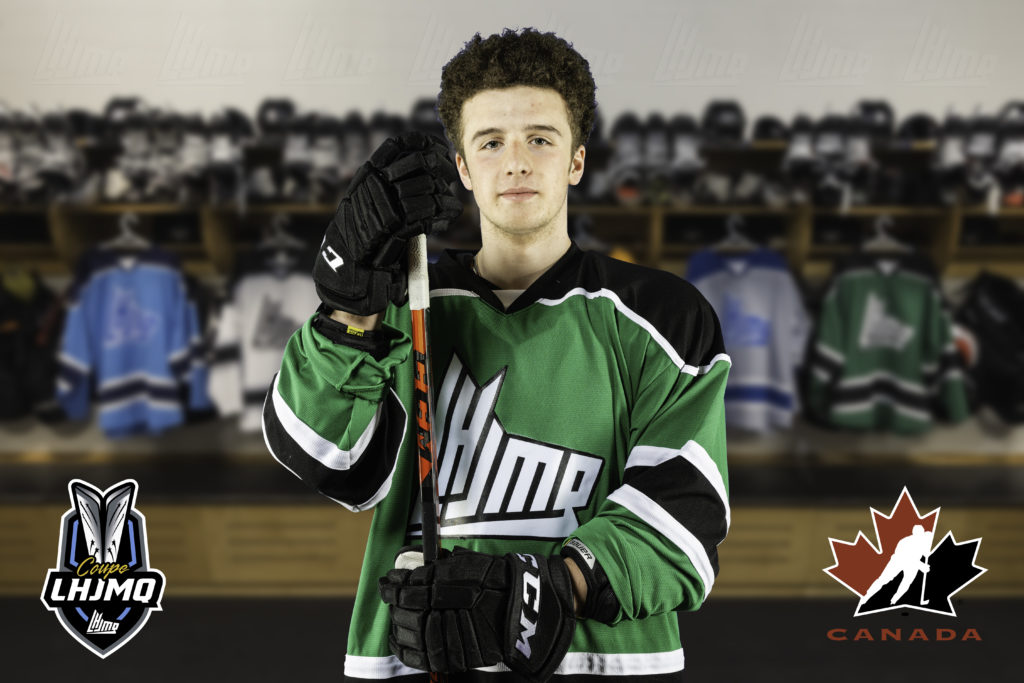 In the end a total of 15 players were taken by the Mooseheads in the draft, including nine forwards, five defencemen and one goalie.

General Manager used his second round pick (29th overall) to nab forward Reece Peitzsche of the Cole Harbour Wolfpack. The Beaver Bank, NS native was an offensive threat last season with 13 goals and 42 points for the Wolfpack which was second amongst all NSU18MHL rookies. The 5-foot-11, 175 pound Peitzsche is a left-handed shot.

“If you’re looking for a pure goal scorer, look no further than Reece Peitzsche. Reece has an extremely quick release and is always a threat to score with the puck on his stick. Along with being a goal scorer, he uses his body and size to his advantage. He protects the puck well and is not scared of the physical side of the game.

For a first-year player in the league, he has been a difference maker by making offensive contributions each and every game,” said CSR scout Taylor Burke.

The Mooseheads continued to stock the roster with another forward when they went to the Magog Cantonniers to pick Antoine Fontaine in the third round, 47th overall. The smaller-sized native of Granby, QC stands 5-foot-7 and weighs 147 pounds and had a great season with 27 points in 36 games while proving to be a standout player at the Telus Cup where he tallied seven points in seven games.

In the fourth round the Herd went back to the blueline to add defenceman Mathieu Taillefer from Richelieu, QC. He played last season with the Saint-Hyacinthe Gaulois, producing eight points in 35 games. Taillefer is a right-handed shot and is 6-feet-tall and weighs 157 pounds.

Halifax landed forward Lou Levesque of the Saint-Eustache Vikings in the fifth round, defenceman Hugo Boucher from the Gatineau L’Intrepide in the sixth round and Stellarton defenceman Dominic MacKenzie in the seventh round.

It’s a wrap on a successful QMJHL Entry Draft. Congrats to all of the players. #QDraft | #GoMooseGo pic.twitter.com/rtIb5raMW5

Action picked up in the eighth round when Russell made a trade and two selections. Forward Vincent Gauthier was dealt to Shawinigan for their eighth rounder and Cape Breton’s third round selection in 2023. The Mooseheads used their two picks in the eighth to bring in goalie George Foti and forward Hudson Clarke. Foti played 14 games with College Notre-Dame, posting a 3.21 goals against average and an .893 save percentage. Clarke hails from Sydney, NS and put up 16 points in 32 games with the Rush.

Rounding out the day were Justin Breton, Mathis LaPlante, Ben Robertson, James Chase, Cade Moser and Kyle Greene. Breton is a forward who tallied 12 points with Levis, Laplante picked up 28 points in 31 games with CCL Dynamiques M17 Espoir. The defenceman Robertson played for the Cole Harbour Wolfpack and had eight points in 24 games, American forward James Chase had a big season with Bishop Kearney Selects with 80 points in 77 games. Cade Moser of Pictou County was next up in the 13th round and had 16 points in 29 games with the Weeks U18 Majors and finally Greene of Bishop Kearney had 19 points in 40 games.

The Mooseheads also made a pair of picks in the USA Player Draft, selecting forwards James Marshall and Will Doherty. Marshall scored 40 points in 29 games with the Neponset Valley River Rats in Massachusetts while Doherty scored 20 points in 30 games with the Cape Cod Whalers.