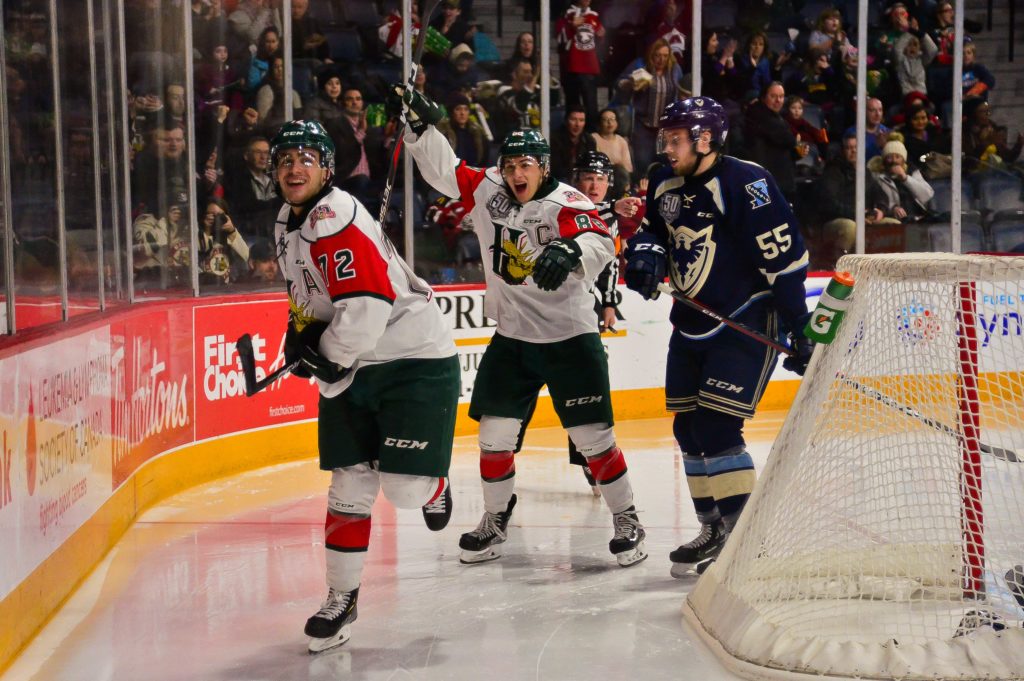 Halifax Mooseheads forward Samuel Asselin has been named the QMJHL Player of the Week for the second time this season. He was also later named to the QMJHL Team of the Week alongside teammates Antoine Morand and Jared McIsaac.

Asselin was integral in helping the Mooseheads earn three victories in as many days by collecting and impressive 11 points on six goals and five assists. He also maintained a +/- rating of +12.

The L’Assomption, QC native earned the second star of the game in Thursday’s 7-5 comeback win over Victoriaville when he contributed two goals and two assists. He took his game to another level at home on Friday night with a hat trick to go along with two assists for a five-point night and Halifax defeated Sherbrooke 8-2.

Asselin capped off his outstanding week with the game-winning goal on the road against Moncton on Saturday night. The goal was his league leading 40th of the season and he also added an assist en route to earning third star honours.

No matter how cold it is outside, this smile will warm the hearts of Moose Country. #Goal40 #GoMooseGo pic.twitter.com/I1bpf6joAY

The 20-year-old leads the Mooseheads and is tied for seventh in league scoring with 69 points in 51 games played.

Halifax will host the Charlottetown Islanders this Wednesday night and will also entertain Acadie-Bathurst in Friday night. Both games are 7pm start times. Tickets are on sale now at the Ticket Atlantic Box Office, select Superstore Outlets, TicketAtlantic.com, the Official Mooseheads Shop in Scotia Square or charge by phone 902-451-1221.