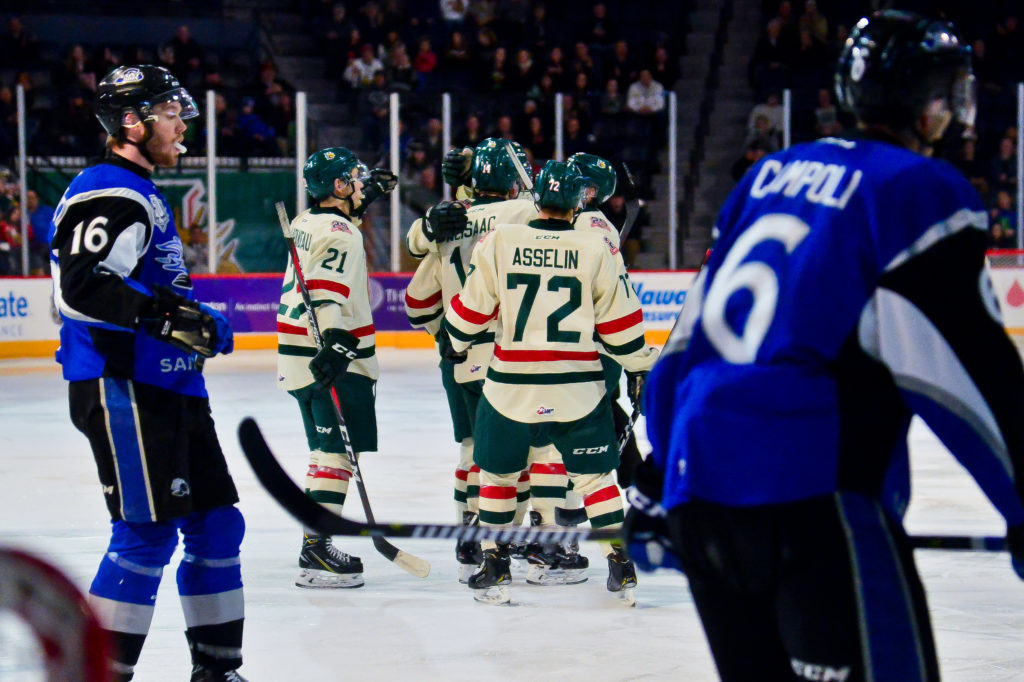 Your Halifax Mooseheads have reeled off five straight wins and will be looking for more this weekend when they play host to Saint John on Saturday night at 7pm and Blainville-Boisbriand on Sunday at 3pm.

The Mooseheads (42-12-2-1) sit in first place in the Eastern Conference with 87 points following back-to-back shutouts. The team has outscored opponents 30-5 over the winning streak. The QMJHL named defenceman Patty Kyte and forward Raphael Lavoie to the Team of the Week on Monday after Lavoie scored five goals and five assists in four games while Kyte had two goals and four assists in four games played.

With 11 games to go in the regular season, Halifax is eyeing home ice advantage through the first two rounds of the playoffs and currently has a four-point cushion over Baie-Comeau for top spot in the conference. The franchise has surpassed the 42-win mark just five times in history.

Saturday’s matchup against the Sea Dogs (12-41-2-2) marks the third meeting in eleven days between the division rivals, with Halifax winning the first two games by scores of 10-2 and 4-0. The Moose dropped their only previous game against Blainville-Boisbriand (19-35-2-0) this season when Emile Samson stopped 35 of 36 shots in a 3-1 Armada victory on November 29th in Quebec.

Tickets are on sale now at the Ticket Atlantic Box Office, select Superstore Outlets, TicketAtlantic.com, the Official Mooseheads Shop in Scotia Square or charge by phone 902-451-1221.