Rolling to a new record in Saint John 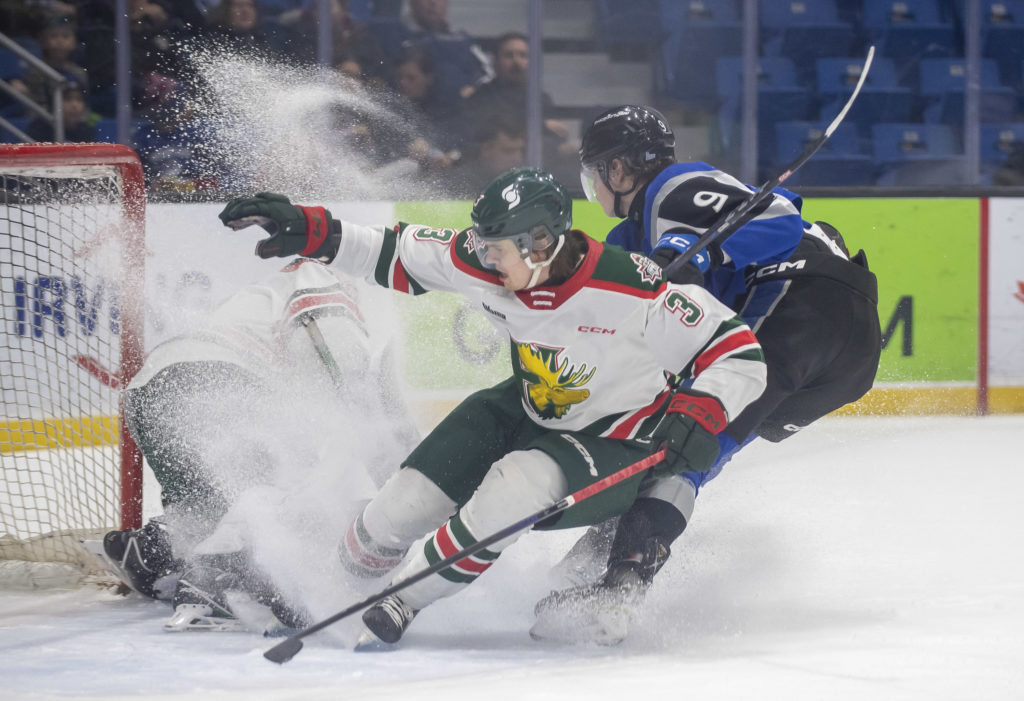 The high-powered Mooseheads put on another offensive fireworks display on Friday night when they put an 8-1 pounding on the Saint John Sea Dogs in the first of back-to-back contests this weekend at TD Station.

Josh Lawrence demolished his former team with a hat trick and an assist in a four-point night and Halifax set a new franchise record for consecutive games without a regulation loss. The Herd have run the streak to 18 straight games while posting a 16-0-2-0 record during the outstanding stretch that started with a victory in Rimouski on November 30th.

The Mooseheads pulled away with three goals in the second period and four more in the final 20 minutes of regulation to secure their 30th victory of the season. Halifax is the first team in the QMJHL to score more than 200 goals this season and now sit at a league best 203 following the latest win. The Moose are scoring at a rate of 4.83 goals per game through their first 42 games.

There was one piece of bad news for the Herd who finished the game without the services of Furlong who was ruled out for the remainder of the night during the first intermission with a lower body injury. He is listed as day-to-day and will be questionable for Saturday’s rematch in Saint John.

Mathis Rousseau started for the second consecutive night and earned the win with 23 saves while his counterpart Ventsislav Shingarov stopped 31-of-39 Mooseheads shots.

Halifax remained well disciplined yet again, in a reoccurring theme throughout this season. The Mooseheads killed both of their penalties and remain by far and away the lowest penalized team in the QMJHL. At 344 penalty minutes, the Moose are the only team in the league with fewer than 400 PIMS. Quebec is second in lowest penalty minutes with 416.

The Mooseheads will battle the Dogs again Saturday night at 7pm at TD Station and will look to keep the unbeaten in regulation streak alive. The next home game for the Mooseheads is scheduled for Saturday, January 28th at 7pm versus Cape Breton when the team will wear special themed jerseys and help raise funds and awareness for the Canadian Cancer Society on Mooseheads Fight Cancer Night. Halifax will also play host to Acadie-Bathurst on Sunday, January 29th at 2pm in a matinee matchup at Scotiabank Centre. Tickets are on sale now at TicketAtlantic.com