Sags build early lead & coast to win over the Moose 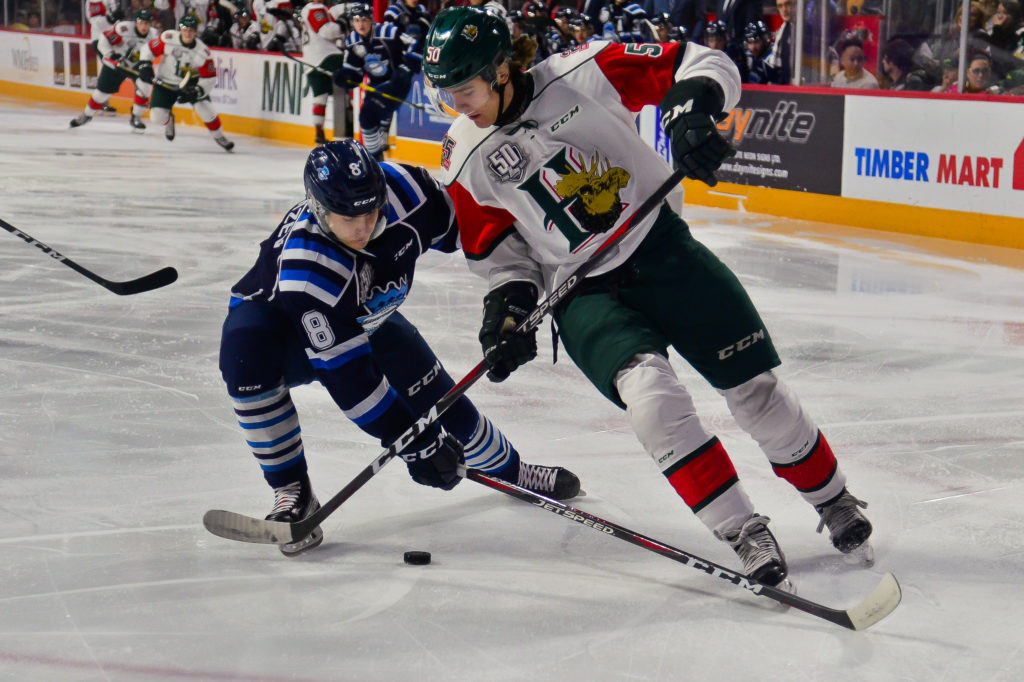 The Halifax Mooseheads knew they were in tough in Chicoutimi on Friday night against the 2nd ranked team in the Canadian Hockey League and the Sagueneens didn’t disappoint their fans in the home opener with a 4-1 win over the visiting Herd.

Vladislav Kotkov scored twice as the Sags built up a 3-0 lead through 20 minutes and Alexis Shank never let the Mooseheads get close with 24 saves to help the home team improve their record to 4-0-1-0. The win was actually the first game of the Chicoutimi season that didn’t require overtime or a shootout. They previously record overtime victories over Gatineau and Sherbrooke and shootout wins over Blainville-Boisbriand and Victoriaville.

There wasn’t much to celebrate for the Mooseheads who dropped to 2-4-0-0, but rookie Zack Jones was able to continue his hot streak with his fourth goal in four games. The Bridgewater, MA native leads the Herd in goals scored early in the season. The goal came on the man advantage to spark a power play unit that have struggled in the first few games. Halifax was 1-5 in the game and is now 3-27 on the season.

Goalie Cole McLaren was under fire throughout the game and finished with 30 saves on 34 shots. He saw his gaudy numbers take a bit of a dip but they are still outstanding with a 1.95 goals against average and a .934 save percentage.

The scoring began at the 9:19 mark of the first period when Kotkov skated in as the trailer on a rush and received the puck at the top of the crease before going to his backhand for a pretty goal. The former first round CHL Import pick got his second of the period about four minutes later as Hendrix Lapierre grabbed his second assist. Samuel Houde then cracked the Mooseheads’ penalty killing unit at 17:49 to make it a 3-0 game. The penalty kill, as it was last season, has been stellar in the early going for Halifax. The Mooseheads have only surrendered two goals on 26 chances for the opposition which is a league best 92.3 percent.

The Sagueneens increased their lead to 4-0 on a Christophe Farmer goal midway through the second period. Halifax gave themselves some life with the Jones tally at 6:39 of the third period but couldn’t find a way to get anything else behind Shank. The goal came when Jones stood in front of the net and deflected a Raphael Lavoie shot from the circle. Benoit-Olivier Groulx also earned an assist on the play.

Final shots were 34-25 Chicoutimi. Halifax will finish the road trip on a winning not on Saturday afternoon at 5pm Atlantic in Baie-Comeau. Listen to both games live on NEWS 95.7 with play by play host Garreth MacDonald.

The next home game at the Scotiabank Centre is Thursday, October 10th versus Saint John at 7pm. Tickets are on sale now at the Ticket Atlantic Box Office, TicketAtlantic.com, select Superstore outlets, the Official Mooseheads Shop in Scotia Square Mall or by phone 902-451-1221