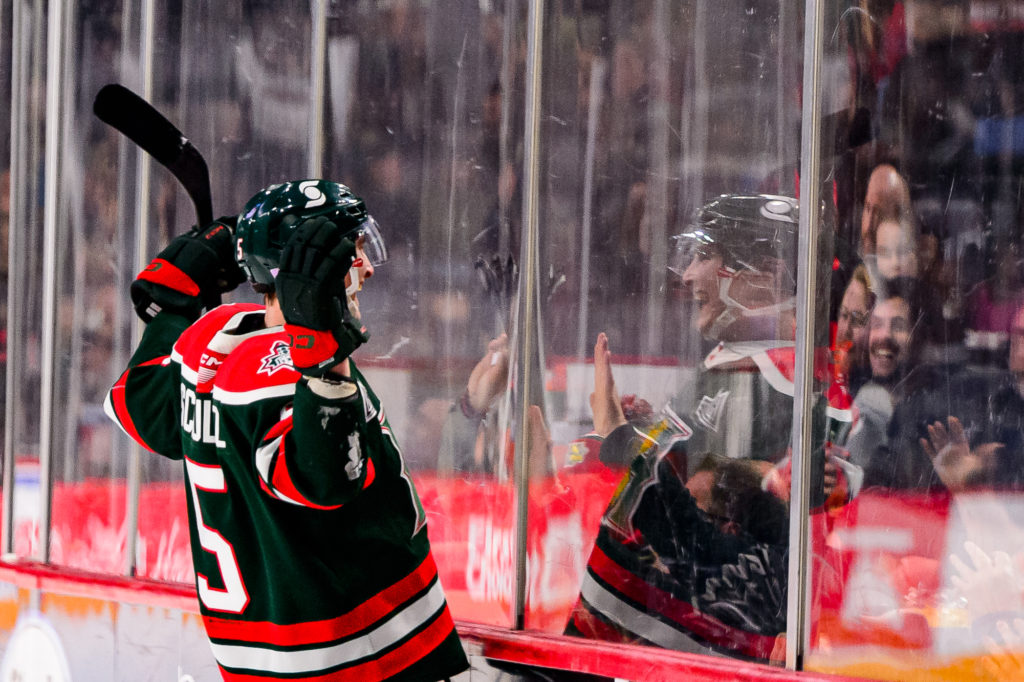 The Halifax Mooseheads finished off a weekend home series against Saint John with a second consecutive defeat of the Sea Dogs on Saturday afternoon by downing the visitors 5-0 at Scotiabank Centre.

Defenceman Brady Schultz scored a pair of goals while goalie Brady James slammed the door with a 28-save shutout performance as the Herd secured all four points in the rare back-to-back matchup which started with a 9-4 victory on Friday night.

Brady is feeling the flow this afternoon #GoMooseGo

All of the scoring came during a dominating second period by the Moose and the blue-line provided much of the attack with Cam Whynot and Jack Martin also scoring goals while forward Evan Boucher lit the lamp for the fifth time in three games. Schultz was named the first star for his two-goal effort while James was perfect between the pipes to nab the second star. He was particularly good in the final stanza when he made 12 saves. Rookie Reece Peitzsche had a couple of assists in the victory and was named the third star.

Jordan Dumais was somewhat surprisingly held off the scoresheet as the top line for the Herd had a relatively quiet game.

Halifax is now 13-5-2-1 on the season, which is good for 29 points and first place in the Maritimes Division. The Mooseheads are eight points ahead of the second place Moncton Wildcats ahead of the Cats meeting Saturday night versus Val d’Or.

The next game for the Mooseheads is set for Thursday night at Scotiabank Centre when they host the Foreurs on Student Night. Cheap $10 tickets are available for fans with valid Student ID. Tickets are on sale now at TicketAtlantic.com.