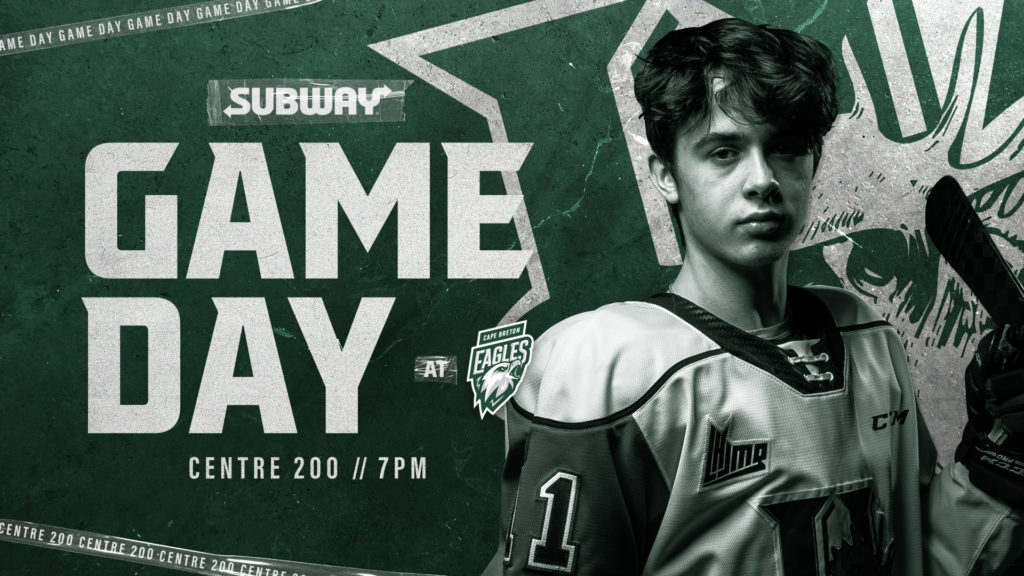 The 2021-22 QMJHL season begins tonight for your Halifax Mooseheads when they visit the Cape Breton Eagles at Centre 200. Puck drop is set for 7pm between the Nova Scotian rivals who will do battle again Saturday night in Halifax in the Mooseheads Home Opener at Scotiabank Centre at 7pm.

Tickets for Saturday’s Home Opener, and all 34 Mooseheads home games are on sale now at TicketAtlantic.com.

The Mooseheads will be without forward Elliot Desnoyers who remains at training camp with the Philadelphia Flyers. Forwards James Swan and Attilio Biasca are out indefinitely with hand injuries while Zachary L’Heureux will miss the first three games of the regular season due to a suspension from April of last season.

Halifax skated to a 5-1-0-1 record in the preseason and were led in scoring by Carolina Hurricanes draft pick Bobby Orr who had four goals and four assists. Cape Breton went 3-3-0-0 with import forward Ivan Ivan leading the way with five points including two goals and three assists.

There are various ways to watch/listen to tonight’s game: