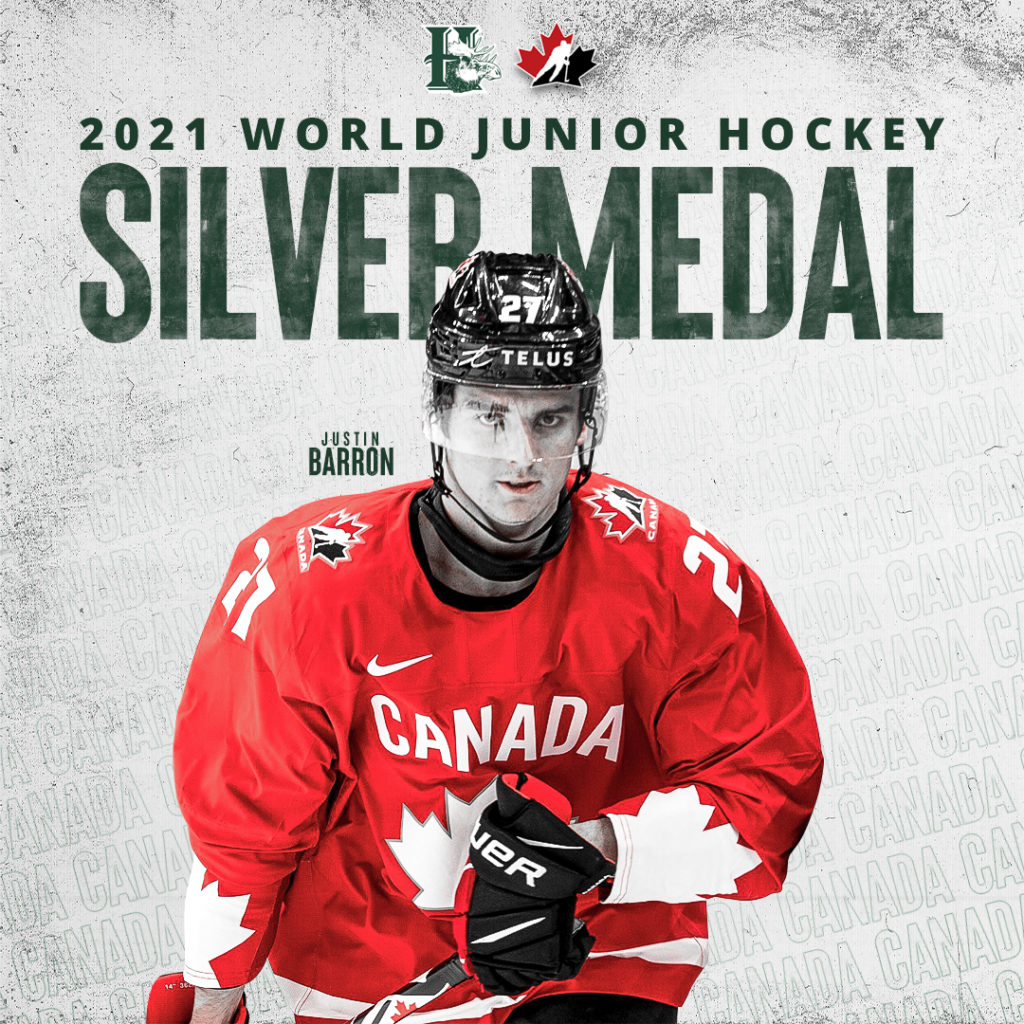 The Americans were great from start to finish in a 2-0 Gold Medal win over Canada in Tuesday’s IIHF World Junior Championship Final. After going previously undefeated in the tournament, Justin Barron and Team Canada had to settle for Silver in the 2021 event.

The Mooseheads Captain had two assists in his seven games played and finished with a +/- of +5. He has now returned to Halifax where he will quarantine for 14 days before rejoining the Herd on the ice for practice ahead of the resumption of the QMJHL regular season.

The entire Mooseheads organization would like to congratulate Justin for representing the team and the QMJHL with pride and for his incredible performance in Edmonton.