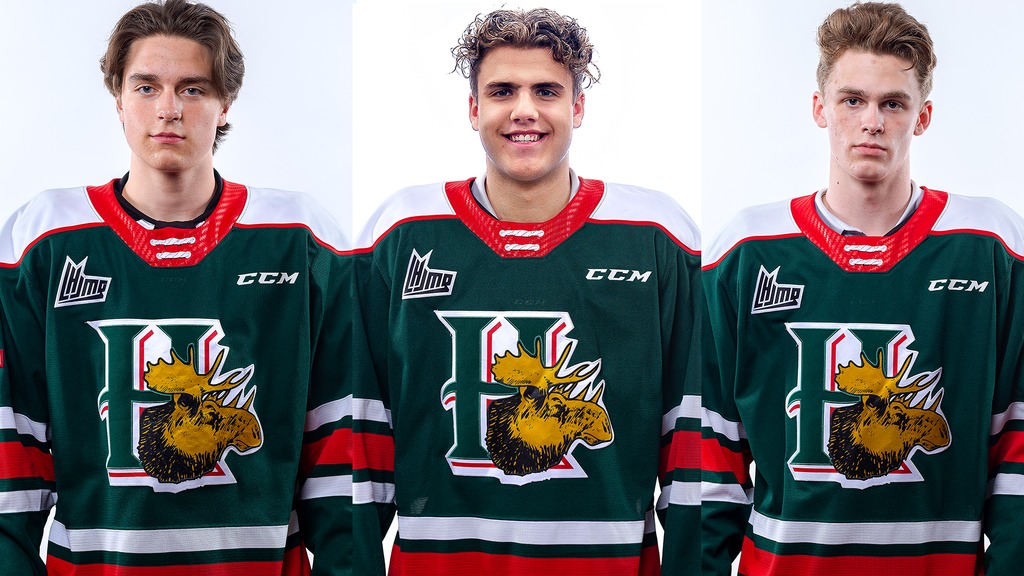 As part of Canada’s National Men’s Summer Under-18 Team selection camp, 44 players – four goaltenders, 14 defencemen and 26 forwards – will compete for an opportunity to wear the Maple Leaf at the 2022 Hlinka Gretzky Cup in Red Deer, Alta. The selection camp, which takes place July 20-23, will include a variety of on- and off-ice sessions. Following the selection of the final roster on July 24, Team Canada will play a pair of games against Red and White teams from Canada’s National Junior Team summer camp.

Forward Mathieu Cataford was the highest scoring 16-year-old in the QMJHL with 46 points in 62 games after being drafted 6th overall by Halifax in 2021. Defenceman Dylan MacKinnon was the 5th overall pick at the 2021 QMJHL Entry Draft and played in 52 games with the Mooseheads as a rookie while scoring two points.

“We are excited to bring together a group of 44 athletes with a solid foundation of junior and international experience for selection camp,” said Millar. “As our players are preparing to compete in short-term competition, we know all 44 players will come to camp ready to compete for a spot on the team and the opportunity to wear the Maple Leaf in international competition.”

44 players – four goaltenders, 14 defenceman and 26 forwards – will also be on the ice in Calgary for Canada’s National Junior Team summer camp, set for July 23-27.

“This is an exciting first step as we begin preparations for the upcoming season and the opportunity to compete at the 2023 World Juniors on home ice in Halifax and Moncton this December,” Millar added. “We are excited about this group of players, and we look forward to returning to the ice for a highly-competitive camp to kick off a new season.”

L’Heureux is entering his third season in a Mooseheads uniform and scored 22 goals and added 34 assists for a career high 56 points last season in 46 games played.

Hockey Canada announced in May that the 2023 IIHF World Junior Championship will be held in Halifax, N.S., and Moncton, N.B., Dec. 26, 2022 to Jan. 5, 2023. Mooseheads fans will have the opportunity for priority access ahead of the general public for tickets by becoming a Season Ticket Member, 15-Game Pack Holder or by purchasing a Family Flex-20 Pack.