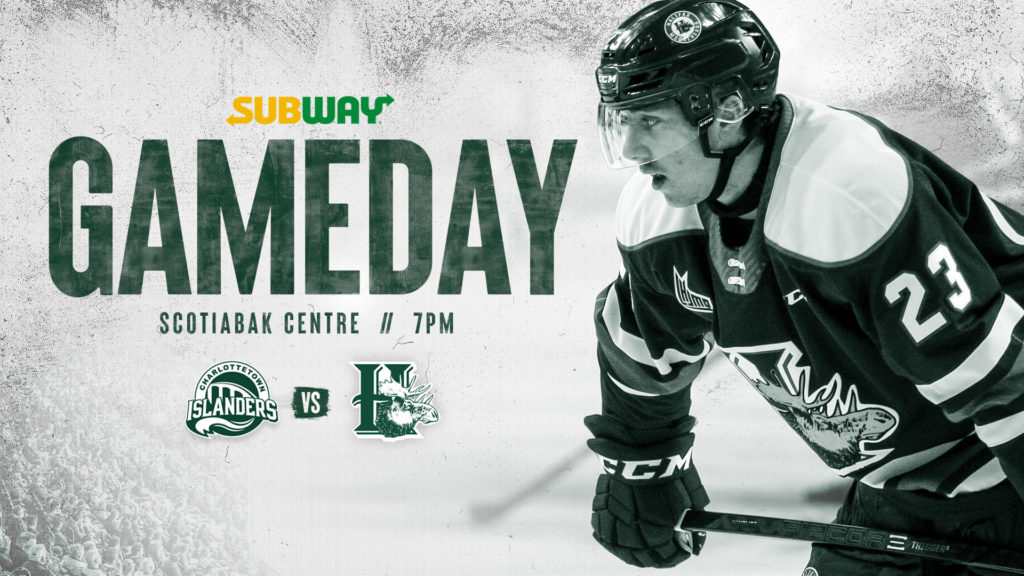 Your Halifax Mooseheads play host to Charlottetown tonight at 7pm at Scotiabank Centre in the third-of-five consecutive meetings between the division rivals.

Halifax will send Alexis Gravel back into the crease after his 42 save performance in the win, while Colten Ellis gets the start for Charlottetown.

Forward Zachary L’Heureux will finish his two-game suspension for unsportsmanlike conduct that occurred as the team was leaving the ice at the Eastlink Centre on Easter Sunday. Halifax is also likely to be without several regulars once again due to injury. Seven players sat out with various ailments on Wednesday night. Defenceman Dylan Chisholm remains with the club and will play in his fifth game since being called up as an injury replacement from the Valley Wildcats last week.

Fans who are not in attendance tonight can watch the game on Eastlink channels 10 & 610, listen on NEWS 957 radio or subscribe to the QMJHL webcast.