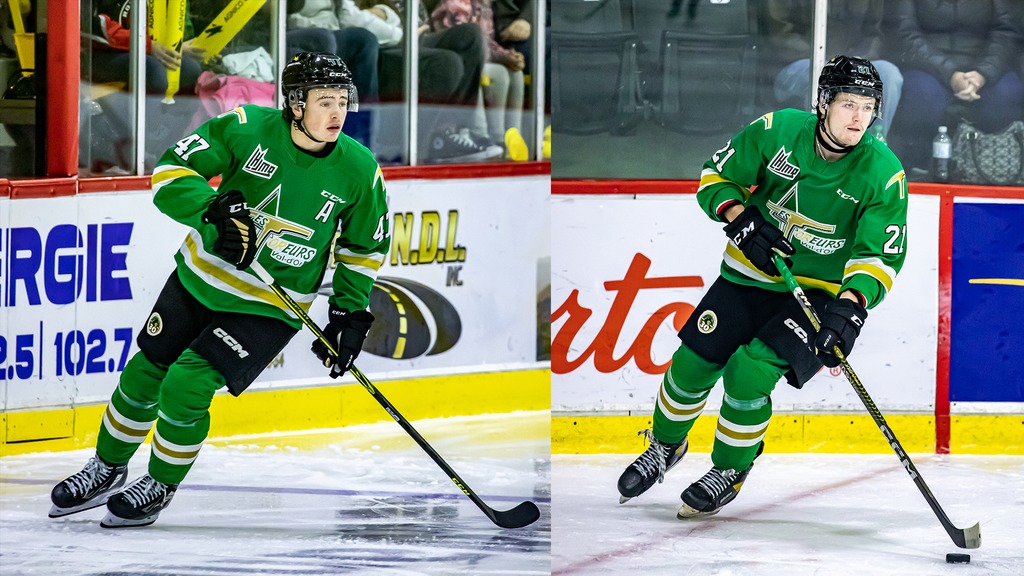 Your Halifax Mooseheads (13-5-2-1) will be seeking a third consecutive win on Thursday night when they welcome the Val d’Or Foreurs to the Scotiabank Centre at 7pm.

The game marks the only time Val d’Or will visit this season and is the finale of the two-game season series which began with a dramatic 3-2 overtime win by the Mooseheads on October 28th. Jake Furlong’s second goal of the game ended the contest less than one minute into OT and Jordan Dumais factored in on every Halifax tally with one goal and two assists.

Val d’Or (10-11-2-0) is in the middle of the pack in the overall QMJHL standings but historically has always presented a challenge for the Herd. The Foreurs lineup features a stong group of 20-year-old players, including blue-liner Kale McCallum who leads all QMJHL defencemen with 28 points. McCallum was originally drafted by his hometown Saint John Sea Dogs in 2018 but later traded to Val d’Or as part of a large package to acquire star goalie Jonathan Lemieux in the 2021 preseason.

He is joined by fellow over-ager Alexandre Doucet who is among the league leaders in points with 33. Doucet, a right winger, was a sixth round pick of the Foreurs and is in his fifth season with the club. He broke out with 75 points last year and is looking like a safe bet to set a new career-high this season. The third and final 20-year-old player is forward William Provost. He has also played his entire career with the Foreurs, after the team made him a first round pick, 13th overall, in 2018. Provost has never been much of an offensive star, with his highest output of 42 points coming last season but he is off to a great start this year with 25 points in 23 games. Another star player on the Val d’Or roster is Captain and Carolina Hurricanes draft pick Justin Robidas. He hasn’t played since suffering a concussion on November 11th, but remains third in team scoring with 25 points in 16 games on the strength of 10 goals and 15 assists. There were reports in August that the star forward will be traded to the powerhouse Quebec Remparts during the Christmas trading period.

The Mooseheads were once again included in the CHL Top 10 Rankings as one-of-three teams to receive an Honourable Mention. The club has been ranked as high as eighth this season and has been included in the weekly publication by the Canadian Hockey league seven times in eight weeks.

Nashville Predators 2021 first round draft pick Zachary L’Heureux is extremely close to returning to the lineup for the Mooseheads after missing all 21 games so far while rehabbing following surgery for a sports hernia. It’s an injury that hampered him last season and flared up again while participating in training camp with the Preds. The 19-year-old forward will provide a huge boost to the offensive attack for Halifax as the team strives for a Maritimes Division title and a long run in the President Cup Playoffs.

Thursday night is Student Night in Moose Country which means great prices on tickets for fans with valid Student ID. Tickets for students are just $10 and are on sale now at TicketAtlantic.com.