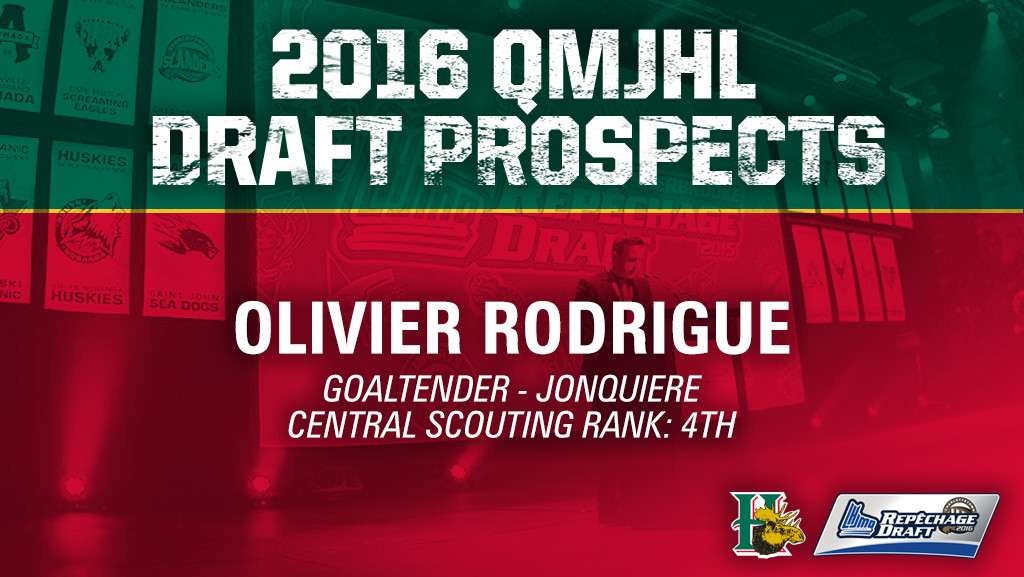 Rodrigue is the top rated goaltender by CSR. He is technically sound between the pipes and gives a consistent effort in every game. His solid work in 2015-16 helped the Jonquiere Elites win the QMAAA regular season title with the best record in franchise history.

The 15-year-old is known for his calm demeanor and his accurate positioning.

He teamed with fellow draft eligible goaltender Alexis Gravel to help Canada win a Silver Medal at the Youth Olympics in Norway.

Rodrigue comes by his position naturally. His father Sylvain is a goaltending consultant for the Edmonton Oilers.