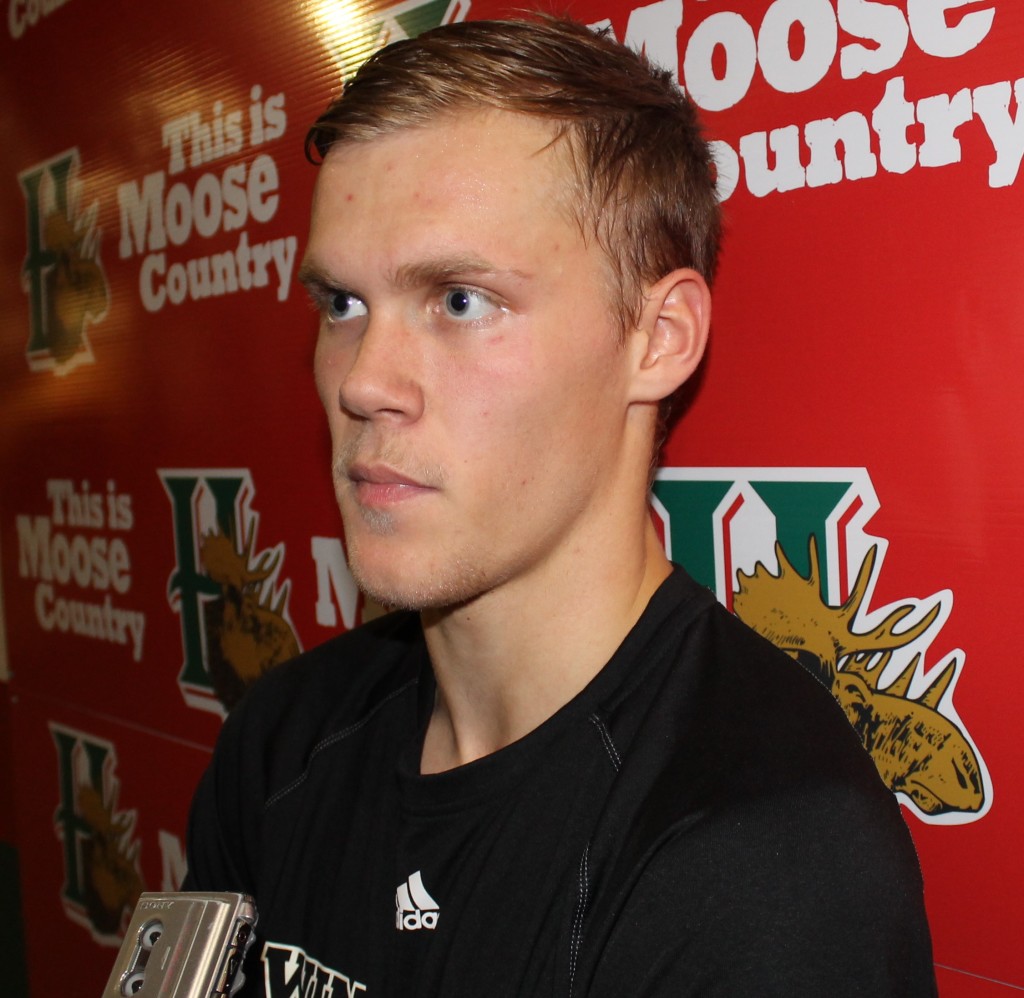 Mooseheads forward Nikolaj Ehlers was honoured as the First Star of the Week in the QMJHL on Monday. The 18-year-old finished off an excellent month of November with 13 points on Halifax’s three-game road trip. He was also named CHL Player of the Week on Tuesday.

The Mooseheads won two of three on the northern Quebec trip thanks to a five assist effort from Ehlers in Thursday’s 6-3 defeat of Shawinigan. The Winnipeg prospect was even better on Saturday in an 8-5 comeback victory in Rouyn Noranda as he produced four goals and two assists. Ehlers also had a goal and an assist in a 6-4 loss to Val d’Or on Sunday.

Ehlers is currently riding a 13-game point streak and has helped Halifax improve its record to 13-13-2-1.

Blainville-Boisbriand Armada forward Danick Martel is the Second Star with nine points in three games, while Drummondville Voltigeurs goaltender Joe Fleschler is the Third Star of the Week. The 19-year-old had a 2-1 record, a goals against average of 1.68, and a save percentage of .939.

The Denmark native was later named the QMJHL First Star of the Month on Tuesday. He took his game to another level in November by scoring 34 points in just 12 games – a new Mooseheads record for points in one month. He’s now tied with Ivan Barbashev of Moncton for fourth place in the scoring race. Conor Garland of the Wildcats is the Second Star while Armada goaltender Samuel Montembeault is the Third Star.

The Mooseheads will open a four-game homestand on Friday night against the Charlottetown Islanders at 7pm and will entertain the Saint John Sea Dogs on Saturday at 7pm. Tickets are on sale now at the Ticket Atlantic Box Office at Scotiabank Centre, select Superstore Outlets, www.TicketAtlantic.com or by phone at 902-451-1221.